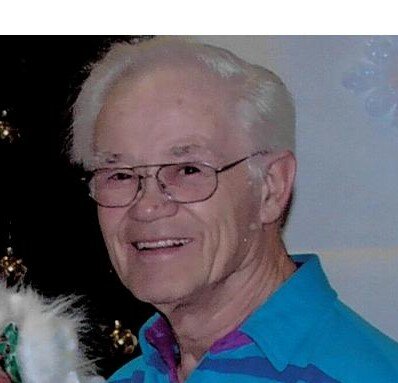 Paul Raymond Spang, age 88, of Grand View, passed away peacefully at home on Saturday, October 9, 2021. No services are scheduled at this time. Cremation is under the care of Rost Funeral Home, McMurtrey Chapel, Mountain Home.

Paul was born in Nampa, the older of two sons to Elmer “Buzz” and Elsie Spang. They lived in Grand View where Paul spent his entire, happy childhood. He graduated from Grand View High in 1951. Paul attended the University of Idaho and Boise State. He then served in the Army from 1953-1955.

Paul married Lorene Vandewall in Montesano, Washington in 1955. They had 3 children from this union, Darryl, Steve and Paula. They moved back to Grand View, Mountain Home and then to Burns, Oregon where they raised their family. Later, they divorced. Paul returned to Grand View in 1985. He teamed up with Verla Robison. In 1988, they moved to Elko, Nevada and opened a Donuts & Mor, a successful donut, sandwich and soup shop. They had fun, worked long hours but had “happy food”. They retired in 2000 and moved back to Grand View.

Paul served as Mayor of Grand View from 2004-2012. He had many interests including flying his own airplane and spent many hours in his wood shop. He was a charter member since 1956, of the Lions Club, a member of the Knights Community Church, American Legion post 134, the Rimrock Sr. Center and previous member of the Riverside Cemetery Board.

Paul is survived by his 3 children Darryl (Vickie) of Washington, Steve (Tia) of Meridian and Paula of Boise, his partner Verla Robison and her 3 children Raymond (Donna) Robison, Jolene (Mike) Covey and Debbi (Buffalo) Martin all of Grand View, numerous grandchildren, great-grandchildren and great-great grandchildren and sister inlaw Kathy Spang of Boise.

He is preceded in death by both parents, his brother Glen, a daughter inlaw Kasey Spang and two granddaughters Dolcie Leak and Eliza Martin.

Paul’s motto of life was ~ go full speed and slide in broadside, thoroughly used up, totally worn out and proclaim “WOW” what a ride.

Memorials in Paul’s name can be made to an organization of your choice.

To send flowers to the family or plant a tree in memory of Paul Spang, please visit Tribute Store