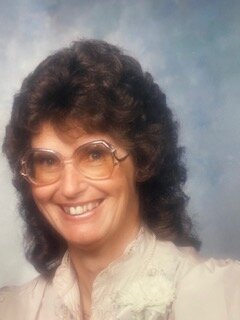 Obituary of Beverly A. Dice

Beverly Arlene Dice passed away peacefully the morning of January 11, 2023, at 87 years old. Bev was born in Twin Falls, Idaho on June 30, 1935, to Lloyd and Eunice Jordan. She spent her childhood in Drewsey, Oregon. It was there, Bev rode behind her mom horseback to attend grade school at the one room school at Van, Oregon where her mom was the teacher. A memorial service will be held in Vale, Oregon at a later date. Cremation is under the care of Rost Funeral Home, McMurtrey Chapel.

Beverly graduated High School from St. Francis Academy in Baker, Oregon and completed her degree from the College of Idaho in 1957. It was here, her love of music grew, recording a record with the piano, along with maintaining a 4.0 GPA, being crowned Homecoming Queen and playing field hockey.

After graduation, Bev taught grade school in Drewsey, Oregon and continued exceling in her musical talent. Teaching school during the day and playing into the night with the band, “Sharps and the Flats”, with her father and TJ Dunten at the local dances.

Beverly married the love of her life, Val Gene “Togo” Dice, on December 22, 1957, and lived on the ranch in Westfall, Oregon. Two years later, Togo and Beverly welcomed their only daughter, Penny.

Beverly was the school secretary and music teacher at Harper School District for many years. After moving to Vale in 1978, Bev was the bookkeeper for Quisenberry’s Department Stores until they closed, for Russell Land and Livestock, and clerked for Producer’s Livestock Auction.

Beverly loved traveling with her best friend, Sandy Marchek, planning their next adventure was something Beverly always looked forward to. Some of her adventures included attending Team Roping, where she would either rope, be a timer or sit in the stands cheering on her friends and family while working on her crossword puzzles. She also enjoyed branding every year, until the young age of 84, where she still roped with the best of em’.

Beverly loved and lived life.  She loved her animals, especially her horses, dogs and cats, but her true love were her grandkids and great grandkids. Beverly was so proud of her grandsons, Mark and Scott, and loved keeping up on their crazy schedules, but her face would light up being able to see her great grandchildren, Langley and Marshall.

The family would like to express their eternal gratitude, to The Cottages of Mountain Home, Idaho for their special heartfelt care that she received there.

Beverly is survived by her daughter, Penny Black; grandsons, Mark (Julie) and Scott Black, great grandchildren, Langley and Marshall and so many of her friends.

A special Thank You for all the calls, texts, emails and messages.  They are all greatly appreciated.

Donations can be made to a favorite charity.

To send flowers to the family or plant a tree in memory of Beverly Dice, please visit Tribute Store

Share Your Memory of
Beverly
Upload Your Memory View All Memories
Be the first to upload a memory!
Share A Memory
Send Flowers