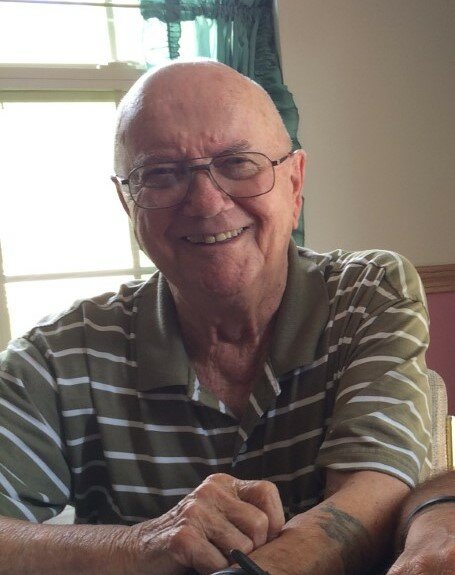 Gerald Esco (Flip) Fletcher, age 97, was born May 5, 1925 in Mountain Home, Idaho to Roy and Tullie Tate Fletcher. He had an older brother Rolland. Gerald went to school in Mountain Home and graduated 1943. He joined the Navy May 1,1943 serving in the Pacific and European theaters on the SS George M. Pullman. He received an honorable discharge March 26, 1946.

He married June Lowrean Teetor August 1949 in Mountain Home. To this union three children were born Gary, Jim and Rene. They were later divorced.

Gerald was involved with many organizations in Mountain Home: The Fire Department from 1946 to 1969; Camp Wilson BBQ; American Legion Post #26; Elks Lodge #2276; Idaho State Police Auxiliary; City Council; Chamber of Commerce; and Elmore County Clerk/Recorder. He spent many summers driving sheep truck for John Guisasola. He ALWAYS reminded us he was an “old truck driver.” He enjoyed his years with the Mountain Home Senior Center. He was on the board and loved helping the kitchen staff.

He was an assistant manager for First Security Bank in Mountain Home and then an auditor in Bonners Ferry, ID before he retired. He worked at the Mountain Home AFB Fire Department retiring in 1983.

Per his wishes no services will be held. His ashes will be inurned next to his son in Mountain Home at a later date.

To send flowers to the family or plant a tree in memory of Gerald Fletcher, please visit Tribute Store

Share Your Memory of
Gerald
Upload Your Memory View All Memories
Be the first to upload a memory!
Share A Memory
Send Flowers