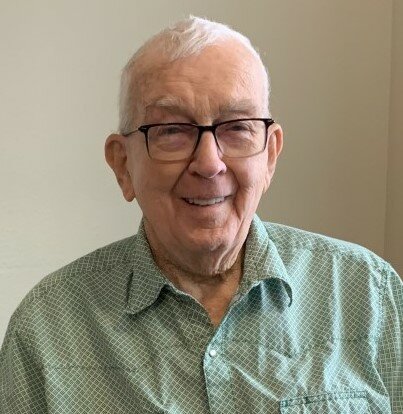 James “Jim” MacPherson Tagg, age 89, of Mountain Home, passed away Tuesday, November 29, 2022, at the Idaho Veterans Home in Boise. A Memorial Service will be held at Rost Funeral Home, McMurtrey Chapel on Wednesday, December 7, 2022 at 11:00 A.M.

Jim, the oldest son, was born on April 21, 1933, in Clinton, Massachusetts to James and Margaret (Brown) Tagg.

After high school, Jim entered the US Air Force. During this time, he met, married and raised 2 children with Rose Ann Federici, while serving in both the Korean and Viet Nam Wars. After 21 years of service, Jim retired with an Honorable discharge.

Jim owned and operated Tagg Heating and Cooling for 32 years, again retiring at the age of 83. He belonged to many organizations including being a lifetime member of the American Legion Post #26, Sampson AFB Vets, DAV, along with over 60 years in the Marine Lodge in Massachusetts, over 50 years in the Scottish Rite of Boise, Khiva Shrine Temple in Amarillo, Texas, Elmore Lodge MH Miriam Chapter OES MH, Elks Lodge B.P.O.E. #2276 and was a member of the First Congregational Church.

During Jim and Rose Ann’s 62 years of marriage, they traveled to all 50 states and beyond. Jim loved to read the atlas and say, “let’s go here” and away they went.

Jim leaves behind his wife Rose Ann, son James Scott and wife Kelley Tagg, daughter Sandra Lee Tagg and granddaughter Vivian Rose Tagg and his brother John and wife Sharon Tagg.  Jim was preceded in death by both parents and his brother Donald.

To send flowers to the family or plant a tree in memory of James Tagg, please visit Tribute Store

Share Your Memory of
James
Upload Your Memory View All Memories
Be the first to upload a memory!
Share A Memory
Send Flowers