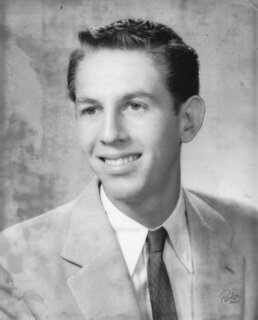 Verl was born on January 19, 1939 in Boise, Idaho to parents Rich Gardner Humpherys and Evaline (Liggett) Humpherys. He attended schools at Horseshoe Bend and Emmett. He graduated from Rick’s College in Rexburg, followed by the San Francisco College of Mortuary Science in 1965. During college he married Charlene Smith and they moved to Mountain Home, Idaho with their three children.

After divorcing and remarrying he and his wife Nellie had a daughter, Jannella. Verl continued his career in the funeral business in various locations in Idaho. He retired in 2014 from Cloverdale Funeral Home in Boise, Idaho and returned to Mountain Home in his retirement years.

The family would like to thank St. Luke’s Elmore County Long Term Care for their compassionate care of Verl in his last years.

To send flowers to the family or plant a tree in memory of Verl Humpherys, please visit Tribute Store
Monday
5
December

Share Your Memory of
Verl
Upload Your Memory View All Memories
Be the first to upload a memory!
Share A Memory
Send Flowers