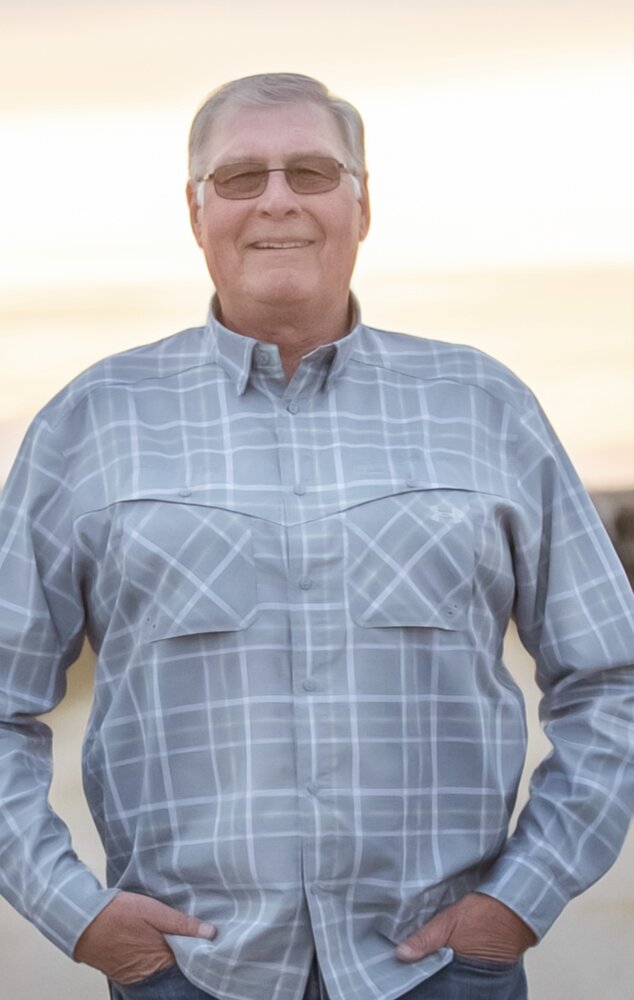 Terry Lee Ketterling, 70, passed away on October 22, 2022 at his home.  Terry was born March 12, 1952 to Leo and Lucille (Dalry) Ketterling in Rupert, Idaho. He was the eldest of three children, being joined in the family by his brother Randy and sister Leanne. His childhood was spent helping out with chores on the family farm, where he gained knowledge of farming and a love of reaping what you sow.

After graduating Minico, Terry attended Boise State University where he played basketball and graduated with a bachelor’s degree in Electrical Engineering.

Once married they began a farming adventure together with Terry’s brother, Randy, in Raft River, Idaho.  In 1976 they moved to Oreana, Idaho. There, they welcomed their son, Tony and daughter Launa. Soon after Launa’s birth they moved to Mountain Home, Idaho in search of new fields to cultivate. South Mountain Home became the canvas for Terry to create his dreams. Terry grew sugar beets and was Chairman of the Board as well as one of the Cooperative founders for the Snake River Sugar Company for many years.  He stepped down from the Sugar Company, and while he was a through-and-through sugar beet farmer at the time, he was not one to let a new challenging opportunity slip by. He had a brain that loved to solve a problem and when row crop farming presented a challenge, he was ready to solve it. Alongside his farming operation that continued on, he and Linda built TLK Dairy, Inc. and milked their first cow in March of 2003.

Since then, Terry never stopped inventing and creating new promising ways to better his own operation as well as the farming and dairy production industries. He never shied away from adversity and loved to share his farming story with anyone that had an interest. He was always very vocal about how his cows and employees would be treated, both with fairness and kindness. He had a special admiration and gratefulness for his farming and dairy team that he spent many years working alongside.

Outside of business, Terry was a loving husband, caring father, loving papa, and concerned friend. He was a go-to person for advice and dialog and he never gave with expectations. He always taught his family to finish what you start and be proud of each other. Terry was an eternal optimist that never saw a problem that was without a solution. He loved to laugh and was always up to hear, or tell, a good joke. His farmland and his family were his pride and joy.  He will be missed by many and loved forever.

Terry was preceded in death by his mother, Lucille in September of 2022.

Please join us in celebrating Terry’s life and legacy on Saturday, October 29, 2022 at 11:00am at the Mountain Home High School.  Arrangements under the care of Rost Funeral Home, McMurtrey Chapel.

In lieu of flowers, contributions may be made to the Mountain Home FFA program in honor of Terry.  Contributions can be sent to MHHS FFA ℅ Kya Bideganeta, 330 S. 11th E. Mountain Home, Idaho 83647.

To send flowers to the family or plant a tree in memory of Terry Ketterling, please visit Tribute Store
Saturday
29
October

Share Your Memory of
Terry
Upload Your Memory View All Memories
Be the first to upload a memory!
Share A Memory
Send Flowers