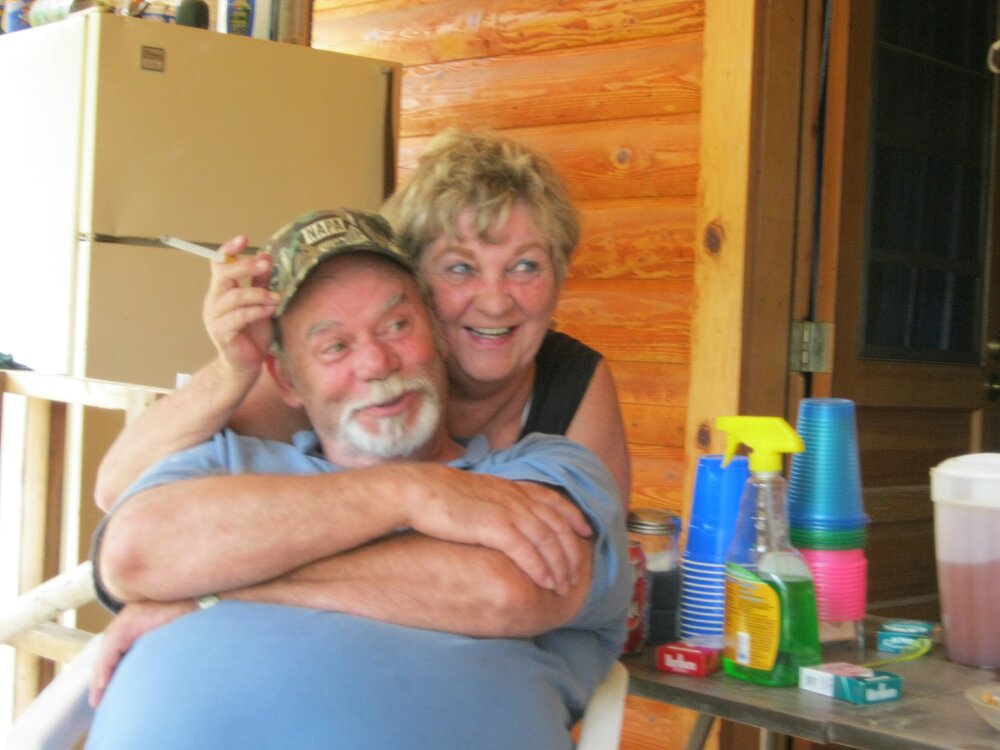 Jill Wyma was born March 21, 1948, to John Boyd Lacey and Emma Theresa Blanchard-Lacey in Everett, Washington. She was the fifth youngest sister of six girls. There was a very large age difference between the girls and most of them were out of the house before Jill had a chance to really know them. Jill married Max England when she was 16 and had three children, Dawn Lahtinen, Max Jr, and James (Jim) Wyma. Max Jr passed away after only a few hours of life. Like so many young marriages hers ended early and she became a single mom.

Jill later married Richard (Dick) Matthew Wyma who was truly the love of her life.  They married in February 1974 in Spokane and remained married until Dick’s passing in August 2021. Together they had a son, Matthew Richard Wyma, who passed in a traffic accident before his 21st birthday.

While married to Dick, Jill was able to see part of the world as a military wife. They did a tour in Germany where they jointly managed the NCO club, and Jill was active in the wives’ club. She made many friends while there and was able to experience life in Germany while living on the economy. Next, they were stationed in California where she was able to attend a local college and study floral arrangements as well as other plant related subjects. Idaho was next on their duty roster. They liked Mountain Home and decided to retire here.

While here, Jill worked in a deli, waitressed, managed a large mobile home park, and finished raising their sons, Jim and Matt. Dawn later moved to Mountain home as well.

After retiring Jill and Dick built their dream home in Cascade Idaho where they continued to live until Jill’s health problems made it too difficult to stay there alone. Jill passed away at St. Luke’s hospital in Boise on Friday, September 30, 2022, due to a long struggle with diabetes, multiple strokes, and associated health issues. She was surrounded by the love and prayers of her family at her passing.

Jill loved life and her family beyond anything. She is survived by her sister Louanne Liles, her two remaining children and their families: James Wyma and his wife Jenny, their daughters and families: Megan and Sebastian Silver, Shay and Eb Brister, Trinity Wyma and her son Tirian Roger. Dawn Lahtinen and Jeff Priest, and Dawn’s children and their families: Louis and Echo Catalino with their children Wes, Brody, Corbin, and Evelyn: Paul and Sarah Catalino with their children Ashtyn, Lainee, Tennyson, and Avenlee: Josiah and Courtney Lahtinen with their children William, David, and Anna: And Laura and Francis Parrett. As well as many lifelong friends including Connie Miszkiel.

Jill will be missed by not only her family, but by those many whose lives she touched. It is with heavy hearts that we watched her depart this life but knowing that she is with her Father in heaven, the Love of her life, and her departed children will make missing her more bearable.

Goodbye Jill Wyma, friend, wife, mom, grandma, memaw. You will be missed till we see you on the other side!

To send flowers to the family or plant a tree in memory of Jill Wyma, please visit Tribute Store

Share Your Memory of
Jill
Upload Your Memory View All Memories
Be the first to upload a memory!
Share A Memory
Send Flowers