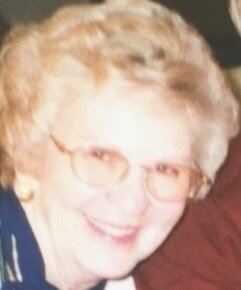 Ellen Ann Prentice Deitz, age 89, passed away in a care center in Meridian on Thursday, September 22, 2022. At Ellen’s request, no services will be held. Cremation under the care of Rost Funeral Home, McMurtrey Chapel in Mountain Home.

Ellen was born July 21, 1933, to George and Myrtle Prentice in Boise, Idaho; the youngest of four children. She was born in her Grandmother Prentice’s home on Boise Avenue. Ellen said she had gone “full circle” when, after 67 years, she and her husband moved back to Boise and lived just off Boise Avenue.

Ellen grew up in Mountain Home where she graduated from Mountain Home High School in 1951. After graduation she started her working career with Civil Service at Mountain Home Air Force Base, where she eventually met Theordore (Ted) Deitz, originally from Barberton, Ohio. They were married February 3, 1952. When the Air Force transferred Ted to Pepperell, AFB in St. John’s Newfoundland, Ellen joined him the next summer. Their daughter Debbie was born in Newfoundland in 1954. After Ted was honorably discharged from the Air Force, the next winter, the family returned to Barberton where they lived for a year and a half. Missing Idaho, they returned to Boise where their son Gary was born in 1956.

Ellen had a successful career selling Avon while also working 18 years for Dropping, Kelly, Hosford, and La Marche Architects. Ellen then returned to Civil Service with the U.S. Forest Service and the Bureau of Land Management. Ted being retired, her career progressed, and she was transferred to Marana, Arizona, then on to Waldport, Oregon. After they returned to Idaho with the U.S. Forest Service, she retired in 1996. Commuting from Mountain Home, she began a new phase, working retail sales with her daughter Debbie for several years, then went on to work for Clearwater Research finally retiring in 2010. Ellen, then wanting to contribute did the volunteer work for several organizations but found the most fulfillment with the Mountain Home Hospice.

Ellen never cursed, she made the best cookies and pies, and was the kindest person we ever knew.

To send flowers to the family or plant a tree in memory of Ellen Deitz, please visit Tribute Store

Share Your Memory of
Ellen
Upload Your Memory View All Memories
Be the first to upload a memory!
Share A Memory
Send Flowers