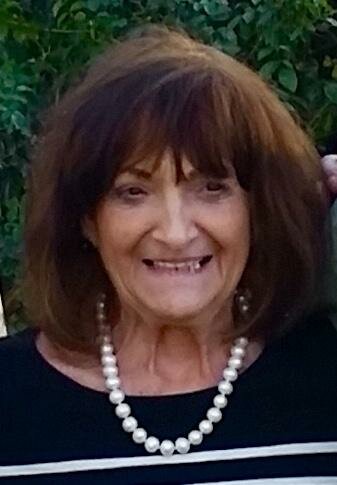 Services will be held on Friday, August 19, 2022, at Rost Funeral Home at 11:00 A.M. Following the service, Myrle will be interred in the Glenn Rest cemetery near her parents and brother. Arrangements are under the care of Rost Funeral Home, McMurtrey Chapel. Condolences can be shared at www.Rostfuneral.com

Myrle was born to Cecil and May Davis in Hammett, Idaho on April 16, 1938. She was raised on her parent’s farm and attended school in Hammett and Glenns Ferry. She had two brothers; her twin Merrill and her older brother Glenn and was surrounded by numerous family members. Her grandpa Davis was a janitor at Hammett grade school. He was there the day she broke her arm on the monkey bars and was able to take her home. Her early years were spent riding horses with her friend June, picking asparagus with her mother, and helping at the Coffee Cup Café.

She married Verlyn Hoagland in Elko, NV on September 11, 1956. They raised four children in Rockland and Aberdeen, Idaho; and Jackson Hole, Wyoming where they made many lifelong friends. The laughter during late night pinochle games in Rockland often kept the children awake. Myrle was a wonderful daughter, wife and mother. She cared for her parents in their later years and rarely missed an event that involved her children.

Myrle’s career always involved working with people, whether waitressing and managing the till at the Rockland Merc, assisting customers at the bank in Aberdeen, or helping people from around the world make purchases at Boyer’s Indian Arts and Crafts in Jackson Hole. She worked with the Boyers for 27 years and considered them family. She was recognized for her knowledge of the Native American arts and culture, patience, and courtesy. Customers, frequently movie stars, sought her out year after year for assistance. This brought her joy and made for great stories.

Myrle is proceeded in death by her parents Cecil and May, and twin brother Merrill.

The family wishes to thank the many family members and lifelong friends that have been such an important part of her life. A special thank you to the wonderful staff at the Beehive in St. George where she has lived the past year and a half, particularly Amy and Toni.

To send flowers to the family or plant a tree in memory of Myrle Hoagland, please visit Tribute Store

Share Your Memory of
Myrle
Upload Your Memory View All Memories
Be the first to upload a memory!
Share A Memory
Send Flowers