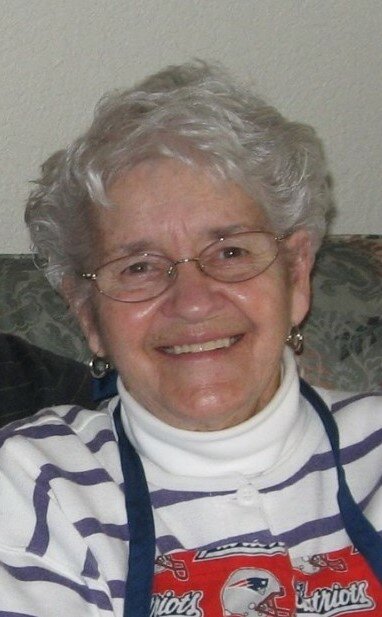 Obituary of Patricia A Ducharme

Patricia A. Ducharme, age 81, of Mountain Home passed away Tuesday, July 26, 2022 at St Luke's Hospital in Boise. A Funeral Mass was held on Aug. 3, 2022 at Our Lady of Good Council Catholic church with burial to follow at Mountain View Cemetery in Mountain Home. Arrangements were under the care of Rost Funeral Home, McMurtrey Chapel.

Pat was born November 8, 1940, to Armand and Natalie LaRose, in Sanford, Maine followed by her brother, Dale, in January 1944. Her parents later divorced and while her father Armand was away in the Merchant Marines, Patricia and Dale were raised by their paternal grandparents, Theodore and Marie Anne LaRose, of Sanford, Maine.

Pat graduated from Saint Ignatius High School in Sanford, Maine in 1959. After high school, she worked as a switchboard operator for the local telephone company in Sanford for just a few years, before taking a job at the local shoe factory, which due to her perfect size 6 shoe, led to her modeling shoes for the company. After work, she loved to go dancing at the local club, where she met Thomas (Tom) Ducharme, who was in the United States Air Force stationed at Pease Air Force Base in Portsmouth, New Hampshire. After a short engagement, they chose to elope and were married June 27, 1962, in Portsmouth, by the Justice of the Peace and his wife as their witness. Their marriage was later blessed in the Catholic Church. During their time at Pease Air Force Base, their three children were born, Darryl Alan, Todd Michael, and Lisa Ann. Their next duty station would be Burkstrom AFB, in Austin, Texas, then they would travel across the Atlantic to RAF Mildenhall, England. After staying in England for four years, they would make their last duty station, Mountain Home Air Force Base, until retirement in 1982.

In Mountain Home, Pat began working for the city as a water clerk, which she later retired from after 24 years of service. She enjoyed volunteering her time to her children and their many activities, from a den mother in boy scouts, to a team mom in baseball, and one of the biggest cheerleaders for their sports teams. She also helped with 4-H, and of course their spiritual teachings. After her children graduated from Mountain Home High School, she turned her time to volunteering for the youth in the community, where she enjoyed volunteering on the Youth Recreation Board for many years. Her favorite time was the yearly Halloween Costume Contest where she got to judge the kids. Patricia also loved to volunteer during election day because it gave her a chance to see and talk to the community members that she missed so much after retirement. Her other volunteer services included St Vincent de Paul Food Pantry and she was a member of Mother Cabrini Sodality. Both Tom and Pat were devoted members of Our Lady of Good Counsel Catholic Church in Mountain Home.

Pat was preceded in death by her paternal grandparents, her parents, and her brother Dale.

She is survived by her husband Tom, son Darryl and his spouse Beth of Boise, son Todd and his spouse Krista of Meridian, and daughter Lisa and her spouse Bob of Wells, Nevada. She was also a wonderful grandmother to her many grandchildren, Allison Woolsey, Shea Hobbs (husband Chance), Robert Woolsey Jr. (wife Kristi), Kristan Jepsen (Husband Cody), Andrew Woolsey, Taylor Ducharme, Cole Ducharme, Brock Ducharme, and Hallie Ducharme as well as her eleven great grandchildren.

To send flowers to the family or plant a tree in memory of Patricia Ducharme, please visit Tribute Store
Wednesday
3
August