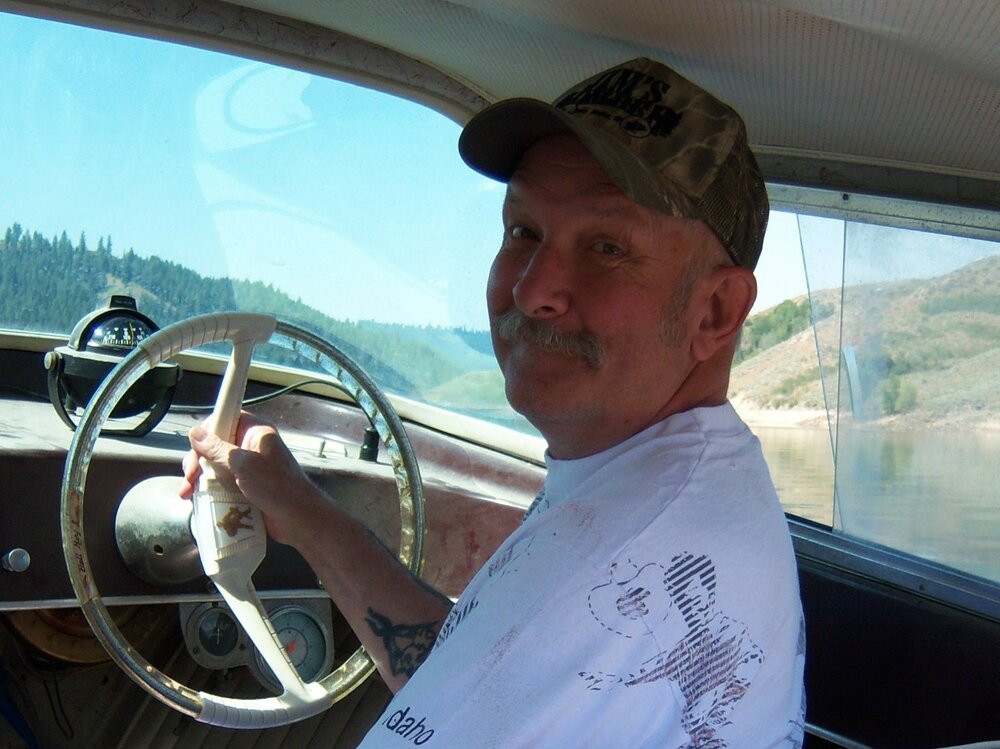 Tom Palmer (Bushwacker), age 75, of Mountain Home passed away Thursday, June 30, 2022 in Boise, surrounded by family. Funeral services will be held 10:00 AM on Friday, July 8, 2022 at Rost Funeral Home, McMurtrey Chapel and burial will follow at Mountain View Cemetery.  A Celebration of Life will follow at the American Legion Post #26 following the graveside burial.

Tom was born on November 11, 1946 in Sault Ste. Marie, Michigan, to Evans and Leyona Palmer. He spent his entire childhood in Sault Ste. Marie.  Upon the completion of high school, he joined the Navy in 1966. He and his brother, Skip, served on the same ship for 2 years together. He was honorably discharged in 1970 upon serving in the Vietnam War.

In 1972, he met the love of his life, Shirley Ann Georgevich. On June 14, 1974, they were married in Sault Ste. Marie, Michigan.  The family later moved to Duluth, Minnesota in 1977 then to Mountain Home in 1982.  He retired from Civil Service in the early 2000’s from the Mountain Home Air Force Base.

Tom enjoyed hockey, camping, hunting, boating, wood cutting, cribbage and country music.  On the weekends they spent a lot of time out dancing, playing cribbage, and hanging out with family and friends. He was very proud to have served in the Navy, and his Navy ball cap struck up many conversations with those around him, as he knew no strangers.  He was very proud to be an American and flew his flag at home and at his camp in the mountains.

He was preceded in death by his parents, brother, father-in-law, mother-in-law and a brother-in-law.

He is survived by his wife and soulmate Shirley, of 48 years, and five children: Gene (Dawn) Palmer, Dawn (Lonnie) Black, Brenda (Steve) Elliott, Jeff (Gayle) Palmer, and Tammy (Shawn) Jewett. He is also survived by 18 grandchildren, and 11 great-grandchildren.

Love you forever and ever

We will miss you like crazy - Until we meet again, keep on keeping on!!!

The family wishes to thank Mtn. Home EAS, St Luke’s Hospital, Arbor Valley of Cascadia, and Horizon Home Health & Hospice for the excellent care given to him during his final time.

To send flowers to the family or plant a tree in memory of Tom Palmer, please visit Tribute Store

Share Your Memory of
Tom
Upload Your Memory View All Memories
Be the first to upload a memory!
Share A Memory
Send Flowers