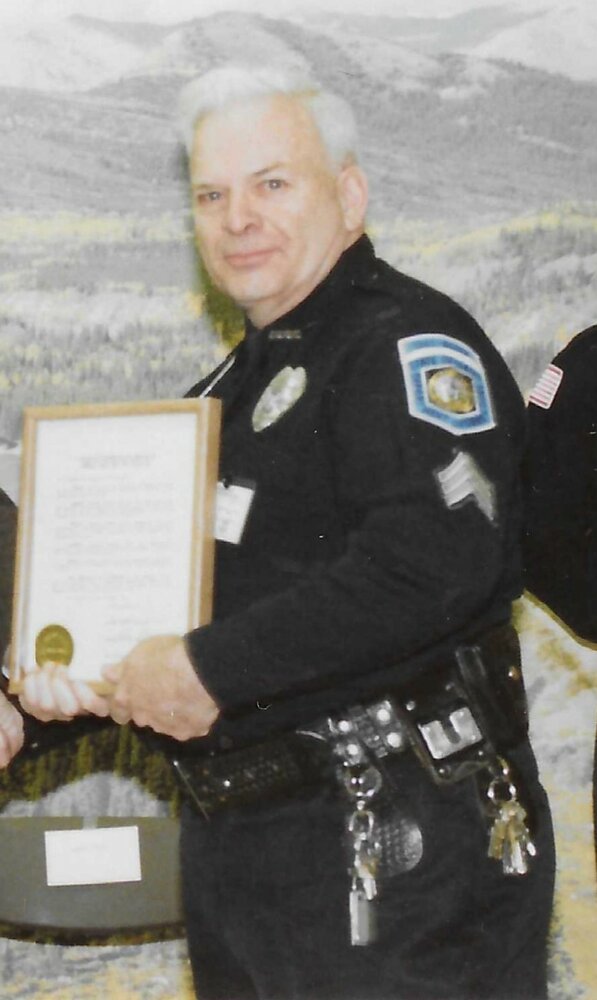 Obituary of George A Lucia. Jr

A celebration of George’s life and inurnment will take place on a later date. Cremation was under the care of Rost Funeral Home, McMurtrey Chapel.

George was born in an upstairs bedroom on the fourteenth day of August in 1933 in Bristol, Vermont. George grew up in a household with his two older half-sisters, Beatrice and Lorraine. George’s mother had two children with her previous husband who unexpectedly passed, but George was the first born with her second husband. Along with Beatrice and Lorraine, George grew up with three younger brothers Joseph, Richard, Robert, and a younger sister Gloria.

After graduating high school, George joined the US Air Force in 1952. He took basic training at Sampson AFB in New York, went to Texas for schooling, and then was sent to Illinois. Shortly after, George had orders to deploy to Japan for the Korean War. Before going to Japan, George went back home to marry Beverly Maude Wright on January 4, 1954.

George landed in Japan went to Tachikawa Air Force Base and flew on C-124s for 6 weeks where he would carry troops into Korea and bring back the wounded. Unfortunately, his commander didn’t think he was smart enough to fly on C-124s, so he was transferred to Yokota AFB in Japan (B-29 base). As the Korean War came to an end and B-29s were being scrapped, he was sent to maintenance. George came back to his wife and his newly born child, Diana in 1954. George was then stationed at Lincoln Air Force Base in Nebraska to work on B-47s where he was made Staff Sergeant. Here, George Jr. would be born in 1956. George was discharged in April of 1956.

In 1958, George decided to reenlist into the Air Force in Vermont. His daughter Penny came into the world in 1959. In 1960, the AFB in Vermont closed, so George and his family were sent to Big Spring, Texas where George would work on F-102 aircrafts. Big Spring would be where his youngest child, Scott was born in 1962. In 1963 George was sent to Iceland for a year to continue working on F-102 aircrafts. After coming back home, George would be sent to Del Rio, Texas to work on T-33s where George would become a Tech Sergeant. George would volunteer to go to Vietnam in 1967 for a year. George would finally come back to the states and retire from the Mountain Home Air Force Base in 1972.

After retiring from the Air Force, George would start a venture working as a gas station owner in Glenns Ferry, Idaho. George and his two sons, George Jr. and Scott, all ran the station together. George closed the gas station in 1978. He later applied at a local prison and got the job, working there for 16 years before retiring in 1998. He then went on to work as a security guard at the Boise Airport for several years.

George enjoyed coffee at local restaurants in Mountain Home and talking with other old, retired guys as well as westerns on TV, BSU football and talking about his days in the military and working at the prison. He loved his family especially his grandchildren and great grandchildren. He was a wonderful man, and we will miss him terribly.

He was preceded in death by his father George Lucia Sr, mother Arlene Lucia, his sister Beatrice “Bea”, brothers Joseph, Richard, and Robert, his youngest son Scott and his two dogs, both named Precious.

The family would like to express their gratitude to the caregivers at St Alphonsus for their compassion and kindness.

To send flowers to the family or plant a tree in memory of George Lucia. Jr, please visit Tribute Store

Share Your Memory of
George
Upload Your Memory View All Memories
Be the first to upload a memory!
Share A Memory
Send Flowers