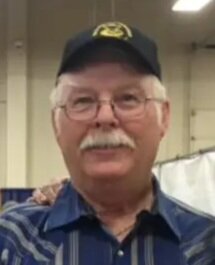 Wayne E. Ruberry, age 78, of Mountain Home, passed away at home on June 29, 2022. At his request, no services will be held. Cremation is under the care of Rost Funeral Home, McMurtrey Chapel.

Wayne was born in a Boise Hospital on January 19, 1944. He was a proud fourth generation Idahoan born to Wallace A. Ruberry and Elsie G. (Heath) Ruberry. He grew up in Glenns Ferry and attended schools in both King Hill and Glenns Ferry. He graduated from Glenns Ferry High in 1962 and went one semester at University of Idaho in Moscow before enlisting in the US Navy. He was a proud Navy Veteran who served in Vietnam as a Hospital Corpsman. He left the Navy after 6 years, but he later re-enlisted into the Navy Reserves where he was attached to a SeaBee Unit until he retired in the late 1980s. Wayne also worked as a Service Technician for Intermountain Gas Company for 32 years. After retiring from IGC in 1999, he worked for various ranchers building fences and helping to brand and move cattle.

Wayne loved working with the youth in his community and served as a Scout Leader where he helped 6 young men to earn their Eagle Scout badges, taught kids how to make whistles out of willow branches and snowshoes using willow branches and bailing twine!

Wayne had numerous hobbies. He loved to fish, hunt, and rockhound (to which his wife will attest as she was forever digging small rocks from his pockets before she could wash his shirts or jeans!). He painted lovely scenery in oils, carved and whittled spoons, forks, and animals out of pieces of wood, tied flies for fishing, leather tooled beautiful belts and wallets for friends and family, and given a piece of string or twine, he’d braid them into ropes and top them off with a “Turk’s head knot.”

Although he was a man of few words, he had many friends both young and old. He was always comfortable sharing an afternoon chatting with whomever he just met or spending a morning chatting with all his Facebook friends. And he was forever rescuing dogs and cats!

He is leaving behind his wife and best friend of 49 years, Kathren “Kay” Ruberry, his son Chip Ruberry of Boise, his daughter Rebecca Gammon and his favorite son-in-law, Shawn, of Mt. Home; his foster son Travis Brown of Iowa; two daughters from a previous marriage, Tracy and Vicky; his sister Juanita Case of Idaho Falls; his brother Allen, also of Idaho Falls; his granddaughters Keira and Ava, and his grandson Alek. He was preceded in death by both his parents and one son, Tyler Dale.

The family wishes to thank the caring staff of St. Luke’s Hospital, New Horizon Hospice nurses (Jan, Heather, Christina, Jane, Susan and Betsy), Marina of Norco, the ProCare Staff, and the numerous friends and family who visited him during his illness. Wayne was a delightful man and will be greatly missed by many as he goes off into his spirit world where he will find delight in his new adventure.

To send flowers to the family or plant a tree in memory of Wayne Ruberry, please visit Tribute Store

Share Your Memory of
Wayne
Upload Your Memory View All Memories
Be the first to upload a memory!
Share A Memory
Send Flowers