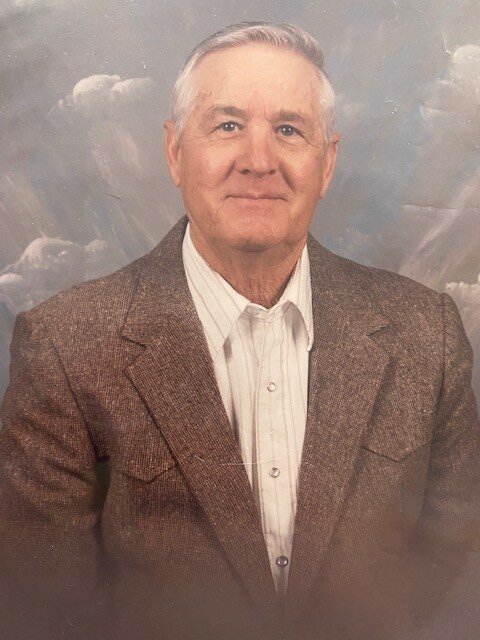 Gary Allen Lawson, 86, of Grand View, passed away June 4, 2022, on his 62nd wedding anniversary. Gary was born on October 13, 1935 to Leo and Iva (Groves) Lawson in Bruneau. Gary grew up in Bruneau where he bucked bales, harvested potatoes, ducks, geese, fished and shared with more than just family. He began work at age eleven trapping and selling muskrats to Sears Roebuck. Gary graduated in 1953 from Bruneau High School. After high school he joined the Marines and was stationed at Camp Pendleton where he played horseshoes with the Colonel and won medals as a sharpshooter.

In 1958 Gary met Janet Hemenway when he was brought along by his good friend, Kenneth Roberson, and Jan’s sister Sharon on a double-date. Gary and Jan were married on June 4, 1960 in Mountain Home. They welcomed a son, Loren Eugene Lawson, and they expanded their family when they had twins, Kevin Mark and Kim Marie Lawson.

A hard worker, Gary had many occupations throughout his lifetime, including farmer and rancher. He relished getting a good deal and could always be found working on one. Because of this, the family was fortunate to make many good memories at places like the Turner Ranch in Bruneau and the Jess, Gilbert, and Beaman places in Grand View. The family also owned the Dixie Ranch in Grand View where Gary began raising racehorses. Gary spent many years traveling the West and enjoyed many wins. Gary also raised and sold cattle and exotic birds, including emus that he bought with his brother Jack.

Gary was a gifted storyteller and enjoyed visiting and sharing stories with those he cared for. He loved spending time on the family property in the Owyhees. A natural athlete, Gary liked playing basketball, golf, and horseshoes, and was always ready to watch a sporting event both in person and on TV. He also loved hunting, snowmobiling, and shooting trap. In his later years he delighted in growing sweet corn, and he would drive around Grand View with buckets of it in the back of his pickup to pass out. Gary loved sugar in all forms. Towards the end of his life, he would eat whipped cream on anything and drink Orange Crush every day.

The family would like to express their gratitude to Jan Ireland, Darcy, and Trish at Horizon Hospice and the many other hospice workers and nurses who provided service both at home and at the VA during Gary’s final time. They would also like to thank the many friends and extended family members who stopped by to visit Gary.

There will be a graveside service at the Bruneau Cemetery on Saturday, June 25, 2022, at 11:00 am followed by a luncheon at the Bruneau Legion Hall. Gary loved community functions. In lieu of cards or flowers the family would prefer a donation to a local charity.

Cremation was under the care of Rost Funeral Home, McMurtrey Chapel.

To send flowers to the family or plant a tree in memory of Gary Lawson, please visit Tribute Store
Saturday
25
June