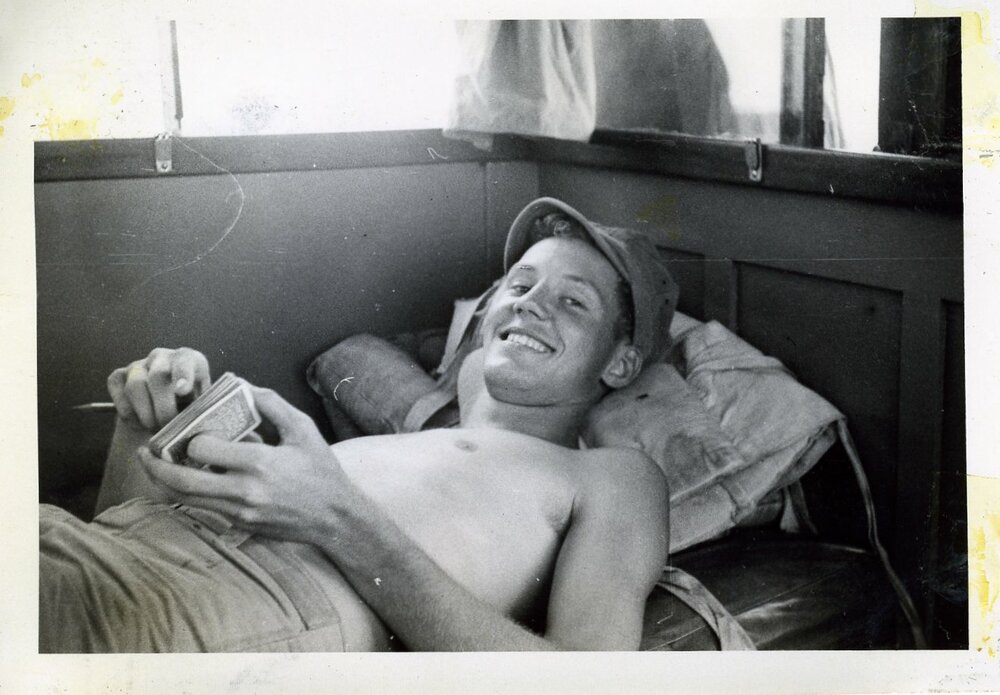 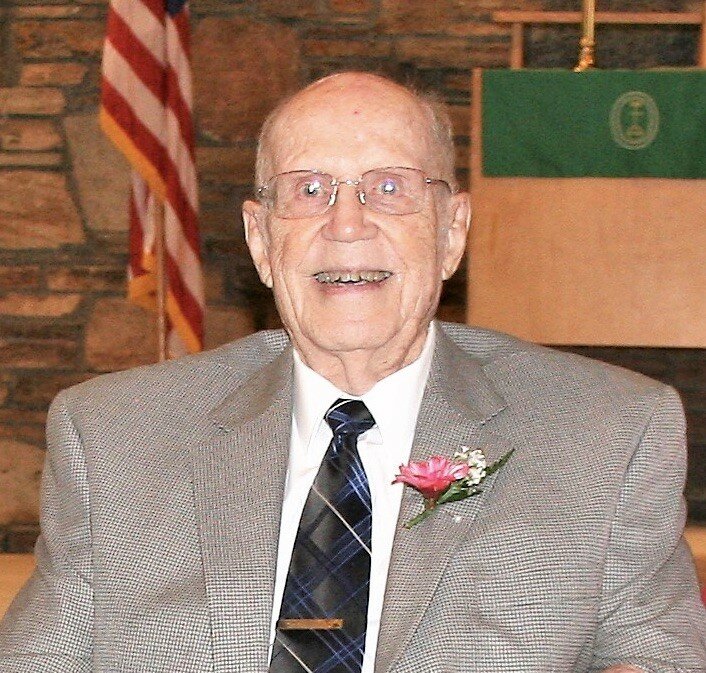 After many years of devoted service to God, his family and his country, Harold Henderson has passed on to the heavenly realm. Harold was born in Lima, Ohio and grew up in small communities around northwest Ohio. In 1947, at the age of 18, he joined the Army Air Corp and was sent to the Albrook Air Base in Panama. During this time, Harold was trained in the use of IBM punched card accounting equipment, which sparked a life-long interest in computers.

After completing his commitment, he used the GI Bill to attend college at Bowling Green State University in 1949-1950, with plans to obtain an electrical engineering degree. He decided to not return to college in the fall of 1950 and worked at Bonded Oil Company and then Westinghouse Electric in Lima, Ohio.

Harold heard and responded to the call to ministry on Dec. 31, 1950 and decided to attend college at Defiance College in Defiance, Ohio, which was a college of the Congregational Christian Churches and later the United Church of Christ (UCC). He enrolled in a pre-ministry program and initially worked part-time and later full-time when his GI Bill ran out, while attending school full-time.  He married Sally Shepherd of Gholson, Mississippi on August 22, 1952. While in Defiance, they pastored a small country church on a part-time basis and welcomed the birth of their first son, Royce. Harold graduated from Defiance College with a BA degree in June 1954.

After graduating from college, Harold attended Vanderbilt University in Nashville for his Divinity Degree. Sally worked as a bookkeeper as well as taking care of the family, which grew with the addition of a second son, Martin. In addition to full-time divinity school, Harold worked for the GENESCO Corporation as supervisor of the billing night shift, using IBM equipment that he had been trained on in the Army Air Corp. Harold also served as a student pastor working with a church located 110 miles from Nashville. Upon graduating from Vanderbilt, he had a difficult decision to make: either have a secure income as a programmer or become a minister. Honoring his commitment from his youth and to the Lord, Harold was ordained as a minister with the United Church of Christ in 1957.

Harold served as a UCC minister in Soddy-Daisy and Pleasant Hill, TN, East Tallassee and Montgomery, AL between 1957 – 1966 and the family grew with the arrival of daughter Anne Patrice. During his years in Montgomery, Harold met Martin Luther King Jr., as well as became close friends with Millard Fuller, the future founder of Habitat for Humanity, who was a lawyer at the time. Together they started a racially integrated missionary church in Montgomery. At the time, this was illegal under Governor Wallace. Though the church received bomb threats, this did not deter Harold from his belief in equality for all men and women. These beliefs were demonstrated throughout his life and instilled in his three children as well.

In 1959, Harold received a commission as a chaplain, 2nd LT. in the United States Air Force Reserve. He served in the USAF Reserve and the Air National Guard until January 1966. Salaries were small, and Sally continued to work full-time during these years to supplement the family income.

After much prayer and discussion with Sally, Harold returned to active duty with the USAF in 1966, this time as a Chaplain, Captain. For the next 17 years the Hendersons were a USAF family. They were stationed in Ft. Worth, TX; Aviano, Italy; Wilmington, NC; Woomera, Australia; Macon, GA; Thule, Greenland and Mountain Home, ID. Harold retired from the USAF as a Chaplain, Lt. Col., in 1983.

After retiring from the Air Force, Harold pastored First Congregational Church in Mountain Home for another 10 years before retiring again. Then he served as an interim pastor for the UCC for a number of years in McCall and Nampa, Idaho.

While Harold was stationed at Carswell Air Force Base in Fort Worth TX, he convinced some pilots to let him go along on a training flight. The feedback was so positive that he was allowed to continue this ministry to the pilots. Harold started flying with the B-52 crews and became known as the ‘flying chaplain’. He was supposed to be on a B-52 training run in 1968 over the Matagorda Island in the Gulf of Mexico but was called out to another emergency and missed the flight. The plane crashed in the Gulf of Mexico and the plane and crew were never found.

Harold’s assignment in Aviano, Italy was one of his most rewarding. Harold and Chaplain John Solano became an effective team, and the two families are close friends to this day.  During this time, he had a unique opportunity to perform a marriage in Belgrade, Yugoslavia. As a Protestant Minister, he married a Catholic couple in a Greek Orthodox church in a Communist country.

In 1998, Harold was one of the first recipients of the Outstanding Alumni Award from Defiance College. Harold’s other interests included music as a trumpet player and singer, computer technology, gardening and RV-ing. He is survived by his wife Sally, daughter Anne Patrice Burgess, her husband Ken Burgess and their two children Bradley and Kelly of Boise, ID. He also leaves two sons in Colorado Springs and their families: Royce Henderson and his three sons Justin, Ryan and Tyler (Ali) and Martin Henderson and his wife Susan and their two children, Ingrid (Joel) and Luke (Sydney). Harold also leaves 8 great grandchildren: great granddaughters Reis and Eliot and great grandsons Miciah, Cion, Anjel, Eljiah, Hayes and Dillon.

Harold led a long life of service that all who knew him admired. He was a loving father to his three children as well as a devoted husband for almost 70 years. His example is an inspiration to us all. “Well done, good and faithful servant.”

To send flowers to the family or plant a tree in memory of Harold Henderson, please visit Tribute Store
Saturday
4
June

Share Your Memory of
Harold
Upload Your Memory View All Memories
Be the first to upload a memory!
Share A Memory
Send Flowers