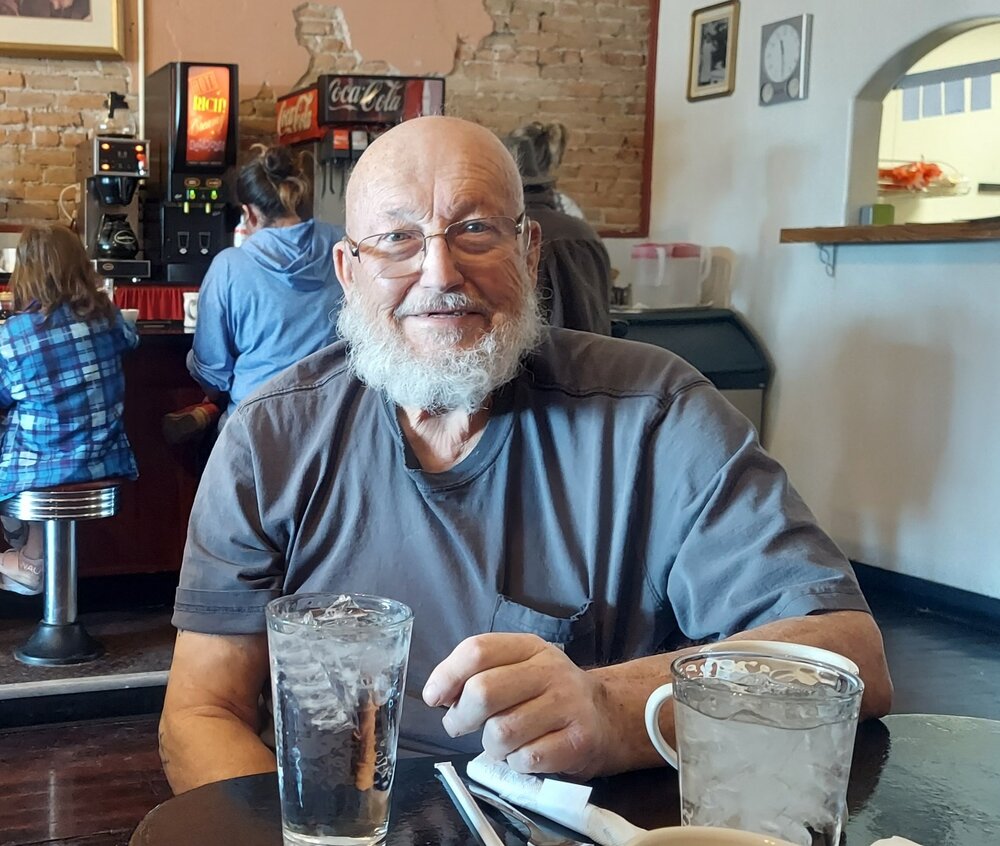 Gordon Ronald Graves, age 75, of Mountain Home, passed away peacefully at home with his daughter by his side on April 29, 2022, after a short battle with brain cancer.

Gordon was born on June 16, 1946, in Lexington, Tennessee to Mary Lee and Gordon Browning Graves.  Gordon was in the National Guard for six years and was a truck driver until he retired.  Driving truck was not just a job but a passion of his.  In his younger years, Gordon loved to hunt, fish, camp and ride dirt bikes.

After he retired, he moved to Mountain Home with his daughter where he loved spending his time with his beloved dog Ruger and the friends he made at Grindies (before it closed) and the Manhattan Café.

Gordon was the most giving, loving, kind hearted person that many of his friends called him family.  Love by so many, Gordon will be greatly missed.  There will be a Memorial Service for Gordon at a later date.

Gordon is survived by his daughter Traci Marie Curry of Mountain Home, his son Gordon Todd Graves of Billings, Montana, sister Pamela Armenia Graves of Lebanon Tennessee, his grandchildren McKinzie, Parker, Taylor and Regan Graves as well as one great-granddaughter Meela.  He was preceded in death by his son Anthony Ronald Graves in 1987, his brother Robert Graves in 2020, his father Gordon in 1988, and his mother Mary in 2005.

Cremation is under the care of Rost Funeral Home, McMurtrey Chapel

To send flowers to the family or plant a tree in memory of Gordon Graves, please visit Tribute Store

Share Your Memory of
Gordon
Upload Your Memory View All Memories
Be the first to upload a memory!
Share A Memory
Send Flowers