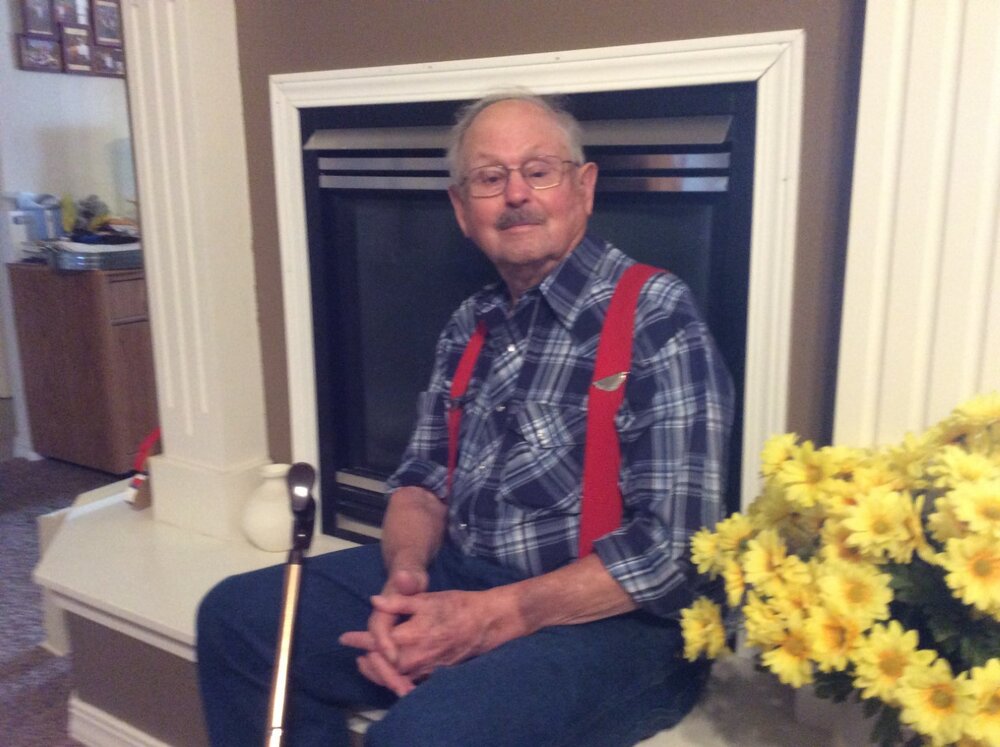 Orville Otto Thomsen passed away April 21, 2022 following several years of illness to include Alzheimer's.  Inurnment with military honors will be held at 10:00 AM on Thursday, June 09, 2022 at the Idaho State Veterans Cemetery in Boise. Arrangements are under the care of Rost Funeral Home, McMurtrey Chapel.

Orville entered this world in a little farm house near White River in Mellette County, S.D., delivered by his grandmother on April 23, 1927.  He was the third child of Louis and Gertrude Thomsen.  There he lived with his family for 7 years until the "Dust Bowl' era forced them to leave, bound for Idaho.  They arrived in the Boise valley and began farming near Star.

In 1945 Orville graduated from Middleton High School.  Soon after, he was drafted into the Army and served with the 6th Inf. Div. in Korea until 1947.  After leaving the military, he returned to the family farm near Star.

He later moved to Boise and worked for Norco delivering welding supplies.  In 1956 he married Marla Folwell and in 1958 returned to farming near New Plymouth.  In the coming years, they would also reside and farm in Boise and Star while welcoming 3 kids, Tracie, Kreg and Mark.

In 1969 Orville ended his farming career, moved the family to Arizona and began working construction in Lake Havasu City.   While there, he worked on the re-construction of the London Bridge.  The following year he received notification of a construction job with Morrison Knudsen in Southern Idaho building I-84.  He then moved the family back to Idaho and settled in Mountain Home.

When construction jobs got scarce, Orville turned to a career in truck driving starting with Willis Shaw Frozen Express Inc.  In 1976 he and Marla divorced. Orville continued as a truck driver working for Interstate Motor Lines (IML) and later retired from Pacific Intermountain Express (PIE) in 1988, after enjoying a lifelong fascination with trucks and operating equipment.

Once retired he returned to his property in Mtn. Home and began to make the improvements, he had dreamed of making while working.  After a couple years of retired life, he started a part time job with the Flight Line Car Wash.  Orville thoroughly enjoyed the years spent working there but gave it up when he suffered a stroke in 2008.

Orville also pursued a desire he had of learning to snow ski, this was at the age of 62.   Another activity he had always enjoyed was dancing, so he joined a local square dance group, The Sagebrush Shufflers.  There he met Linda Dalrymple in 1992, a woman he would marry and love for the rest of his life.  Through this union he gained a stepdaughter, Cassie Dalrymple.

Orville was preceded in death by his parents and brother Wayne.  He is survived by his wife, Linda, the four children, nine grandchildren and nine great-great grandchildren. His two sisters Rosina Hereth, Clara Randolph and one brother Alvin (Beverly) Thomsen.

In lieu of flowers, donations may be made to The First Congregational Church, P.O. Box 659, Mtn. Home, ID 83647, or your favorite charity.

The family would like to extend special thanks to Ashley Manor for the years of love and care they provided Orville and also to Horizon Hospice in Mtn. Home for their outstanding care during the last four months of his life, especially nurse Darcy.

To send flowers to the family or plant a tree in memory of Orville Thomsen, please visit Tribute Store

Share Your Memory of
Orville
Upload Your Memory View All Memories
Be the first to upload a memory!
Share A Memory
Send Flowers