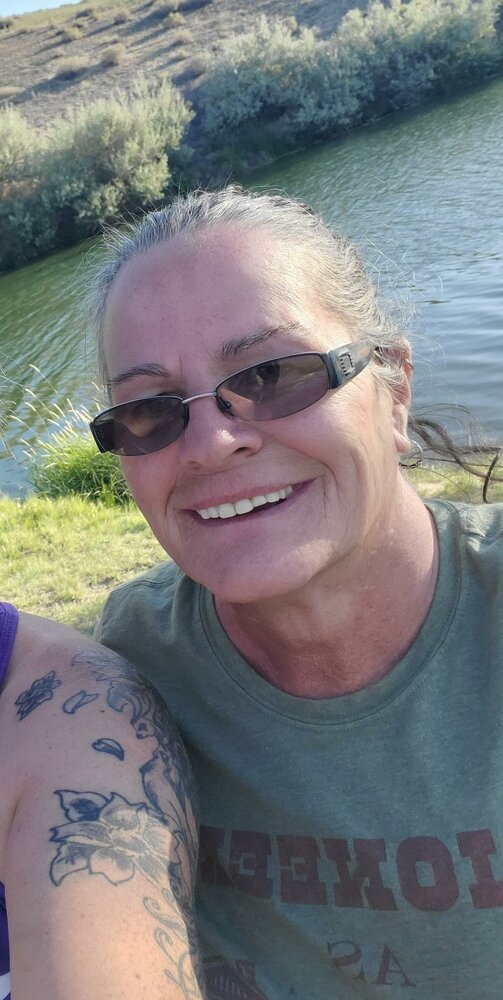 Robbilyn King passed away with her family by her side on Sunday February 20, 2022.  No formal service will be held.  Cremation was under the care of Rost Funeral Home, McMurtrey Chapel.

Robbilyn was born on January 21, 1960, to L.D. & Linda Robinson in Boise.  After high school Robbilyn met and married her soulmate Bobby King where they started their own adventure.

Robbilyn loved to be outdoors whether she was getting lost on an adventure (because if we weren't lost, it wasn't an adventure), fishing, hunting, camping, 4 wheeling, or spending time watching her grandchildren swim and ride motorcycles. She was also amazing at making quilts. She would sew for what seemed like forever and then show you the most beautiful intricate quilt, and act like it was no big deal that she made that! She also made underwear, and I tell you this because she would show people these little pairs of undies and let them know she made them for her children (I'll let you guess whose they were). She always got a kick out of that.

It was easy to get her opinion/ help on how to obtain new toys or animals, especially if a spouse wasn't particularly interested in that new item. She once talked Bobby into driving to California for a dog, not even a puppy. She was a great collaborator! She will be dearly missed.

To send flowers to the family or plant a tree in memory of Robbilyn King, please visit Tribute Store

Share Your Memory of
Robbilyn
Upload Your Memory View All Memories
Be the first to upload a memory!
Share A Memory
Send Flowers