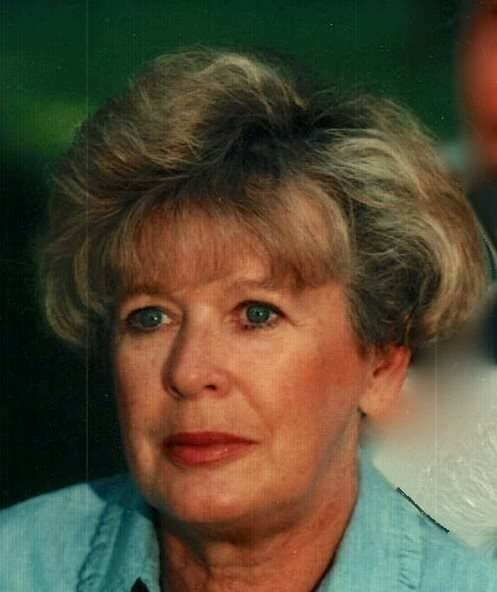 Obituary of Sheryle B Landon

Sheryle was born the seventh of eight children to William Delmar and Blanche Elizabeth (Munsee) Hanks on March 26, 1938 in Shelly, Idaho.  A few months after her birth grandpa and grandma Hanks gathered the family Norma, Lola Gale,Russell Kent, Delmar Lee, Lottie June, Connie and baby Sheryle and moved to the Lost River Valley into a community called Darlington, Idaho.  Karen Kay their eighth child was born in into this community in 1942.  On the farm they would raise cows, sheep, hay, grain, horses, and kids.

During the haying and threashing seasons Sheryle’s mother fed crews of hungry men and Sheryle was expected to stay in the house and help her mom. What she liked to do most was ride horses and and whenever she could sneak away without getting caught she would ride out with her dad to check the stock.  Sheryle and her two older sisters Connie and June were in charge of taking the sheep to the canyon for summer pasture.  They would saddle their horses, gather the sheep on the homestead and trail the sheep up to the canyon to spend the day.  Going out of the valley was a big event and didn’t happen often and usually meant a 3-4 hour ride across the desert to Idaho Falls or Shelly.  Sheryle rode her horse to go to school and attended a one room school house with a hitchin’ rack to tie their horses to.  The children’s mothers took turns making lunch for the children at school and everyone knew that when it was Mrs. Hank’s turn, the food  would be good.  When the school bus started making rounds everyone traded in their horses and rode the bus to Mackay.  Mom’s sister Connie did not get along well with horses and was always willing to swap house work for outside chores with mom.  Mom also had the chore of milking cows.  This chore left such lasting memories for her that when she was married with children this was the one chore she would never do.  As a last resort dad would have to milk the cow, mom would not relent, she was not milking.  Like most kids that lived on a farm/ranch at that time you were not only a member of the family but also a hired hand (that didn’t get paid money).  Your payment came by way of occasionally having some pocket money when you went to town, school clothes, shoes, and when you were able to drive some gas money.  Sheryle learned and did all things farm associated outside and inside because if you were a girl you were expected to do things inside the home as well as be that extra hand if your dad or brother called for you.

Mom grew up in the Lost River Valley and one summer a family moved in across from their farm and the people were named Landon.   And so Bert Landon is introduced into Sheryle’s life by way of her two brother’s Kent and Lee.  Bert started hanging around the Hank’s farm.  Mom at first thought of Bert as one of her brother’s friends.   Then about a year later the Landon’s moved up the road to Arco.  Both went to different schools but had the same friends and they would see each other often.  For fun they would gather horses up at the Mackay Arena.  The guys would ride the bucking horses and the girls would put them in the chute and turn them out.  Then they would all go down to the local café for Cokes and french fries.

Sheryle attended Mackay High School and Bert enlisted in the Army and they wrote to each other.  Probably Bert more than Sheryle because she was having a really good time in high school and Bert was having a hard time staying out of KP Duty.

Bert was discharged from the Army and came back to Lost River Valley looking for Sheryle.  She told him she wouldn’t marry him many times and finally he showed up with a beautiful ring and convinced her he was serious and they were married September 3, 1955.  And so the adventure began……

Sheryle moved wherever Bert worked: Washington, California, Nevada, Oregon. Five girls were  born to them Janice, Pamela, and in Mountain Home came Stephanie, Allison and Victoria.  While their girls were growing up they were involved in professional horseshowing with their Appaloosas and the 4-H Horse program.  As well as teaching her girls how to ride and groom horses, she also taught them to sew and cook.  It was her oversight and instruction that enabled them to achieve success in all aspects of their lives.  Dad helped but mom instilled in her children the importance of being honest, working hard, being kind, and providing service to others.  At our mother’s knee and by the guidance of her hands we learned to pray and to have faith and to always pick up and move on no matter what.  She was our father’s biggest support and when he pulled out of the barnyard with a load of horses and cows, it was because she had been out there pushing them into the loading shute.

Mom thought her childrearing days were over and then dad started bringing home horseshoeing apprentices to stay because they were too broke to go anywhere else.  Mom did so many things in her life.  What other mother of the bride could make the wedding dress, the wedding mints, the bridesmaid dresses, the wedding  cake to feed 400 people and decorate the church?  Mom with her friend Laurice got the keys to the museum in Mountain Home wanting to make sure history would be available for generations to come.  Sheryle was hired into the Irrigation Office and brought paper and pen records into the computer age.  She worked with so many people on the city and state levels for projects that needed the research done to finish it and bring it to a successful conclusion.

Sheryle was a humble person and was not comfortable with attention.  Her hope would  be that the foundations laid would benefit those that come after her.  Her greatest foundation is her family to whom she exhibited unconditional love.  Even when you did something that did not make her happy, there were great expectations of us to be good, be kind, be honest and be happy and have joy.

To send flowers to the family or plant a tree in memory of Sheryle Landon, please visit Tribute Store
Thursday
10
February

Share Your Memory of
Sheryle
Upload Your Memory View All Memories
Be the first to upload a memory!
Share A Memory
Send Flowers