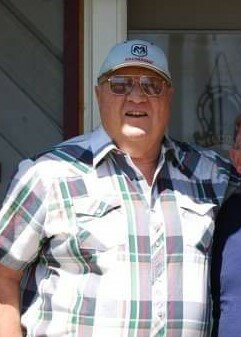 Glenn Owen Parsons, age 81, of Mountain Home, passed away at a Boise hospital on January 20, 2022.  A celebration of his life will be held at a later date.  Cremation was under the care of Rost Funeral Home, McMurtrey Chapel.

Glenn was born July 6, 1940, in Gary, Indiana to George Samuel and Audrey Lucille Hayes Parsons. He grew up in Las Vegas, Nevada and joined the US Army in 1958, serving until 1961.

He moved to Mountain Home in 1978 and went to work the Elmore County Sherrif’s Department and retired in 1998.  In 1981 he married Kayla Drake.

After retiring he drove truck for Arrillaga.  He drove the train for Simplot, unloading corn.

He was a presenter for Operation Life Saver.  He also enjoyed fishing photography and trains.

Glenn is survived by his wife Kayla, son Glenn, brother Dale (Noi) Parsons, numerous nieces, nephews and foster brother Ned Londo (Chris).  He was preceded in death by his parents, three sisters and one brother.

To send flowers to the family or plant a tree in memory of Glenn Parsons, please visit Tribute Store

Share Your Memory of
Glenn
Upload Your Memory View All Memories
Be the first to upload a memory!
Share A Memory
Send Flowers