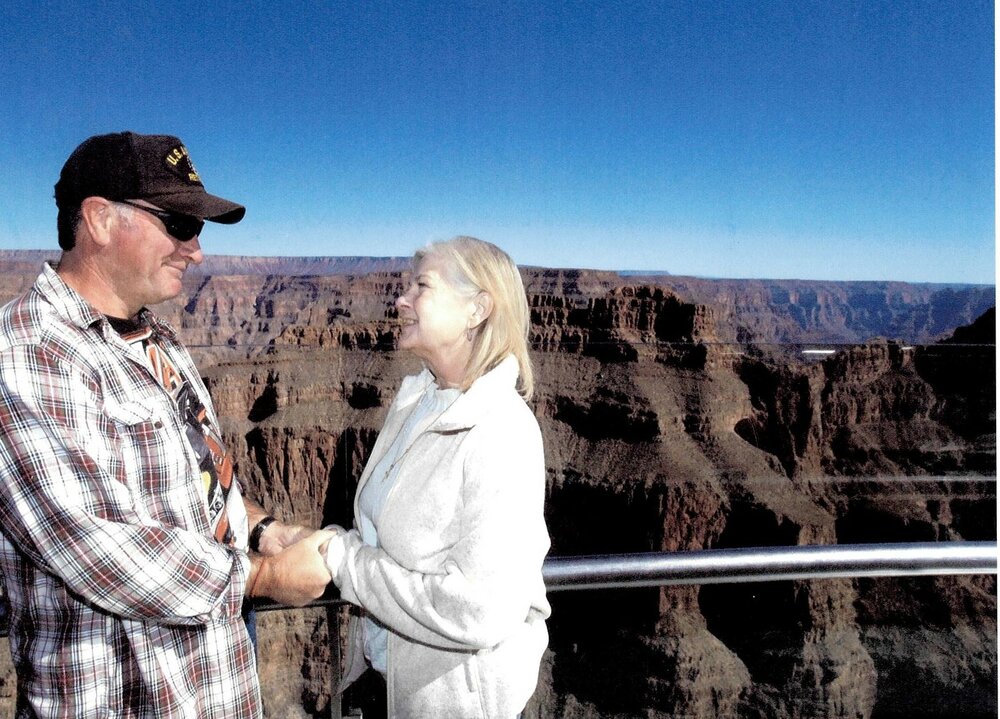 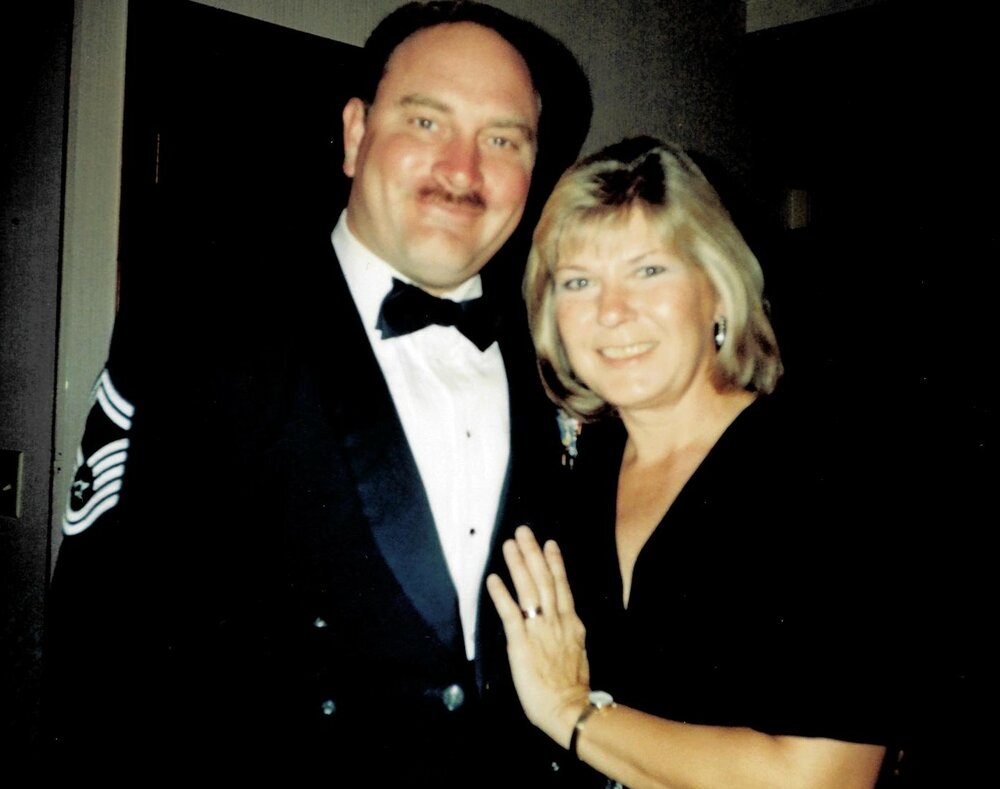 John Franklin and Suzanne Patricia (Johnson) Lynn of Mountain Home, Idaho passed away on December 30, 2021. They were beloved parents, grandparents and friends to many.

Suzanne was born in Chicago, Illinois on November 7, 1950, to parents Robert and Patricia Johnson. Growing up Suzanne moved all over the country because her father’s career in the Navy. She embraced every base her family was stationed and often talked fondly about her childhood. Suzanne graduated from Oak Harbor High School in Oak Harbor, Washington, Class of 1968. She loved swim team and was a lifeguard. She attended Everett Community College in Everett, Washington, but in 1971 she decided to continue in her father’s footsteps, and he personally enlisted her in the United States Navy. Among her various assignments as a recruiting officer and later a career counselor, she helped guide others through their time in the service. During her tenure, Suzanne was awarded several National Defense Service Medals, Good Conduct Medals (numerous), her Seventh Silver Wreath Award and Marksman Navy and Marine Corps Overseas Service Ribbons.

John was born in Jacksonville, Florida on October 2, 1959, to parents James and Elizabeth Lynn-Erickson. John graduated from Bayfield High School in Bayfield, Wisconsin (Class of 1977). John chose to enlist in the United States Air Force immediately after graduating high school and he strived to be the very best at his career. Throughout his time in service, John had the opportunity to lead some of the best squadrons in the Air Force as a Chief Master Sergeant. John always said it was an honor to lead each and every member of his crew and considered everyone family. Among his many lifetime accomplishments, his military service is among some of his most profound. Throughout his career John was awarded several Meritorious Service Medals, multiple Air Force Commendation Medals, several Air Force Achievement Medals, the Air Force Outstanding Unit Award with six clusters, the Air Force Good Conduct Medal with seven devices, the Air Force Organization Excellence Award, the National Defense Service Medal with a star, and the Armed Force Expeditionary Medal. He was also recognized as a General Lew Allen Award winner, Maintenance Professional of the Year, and Senior NCO of the Year.

Although they both chose the military career after high school, their paths didn’t cross until later in their lives. As they were both excelling in their careers, they met while serving tours at Keflavik Naval Air Station located in Iceland. They met each other while working together, but they always said it was love at first sight, and they were inseparable ever since.

In 1992, Suzanne retired from the Navy as a Chief Petty Officer after 21 years of service. After her retirement, Suzanne became a mom, and her children were everything to her. She was a dedicated mom who always put her daughters’ needs before her own. Suzanne enjoyed time with her family and friends and traveling the most.  In 2001 John was stationed at Mountain Home Air Force Base, where they both fell in love with the area. A few years later John retired after 26 years in the United States Air Force, and they decided to stay and make Mountain Home their home. John enjoyed the outdoors and was often on the lake fishing or scouting for deer in his free time.

Those who knew John would say he would do anything to help a friend. Those who knew Suzanne would say she was always the nicest person. Anyone who ever met them would know how much they were madly in love with each other. They truly were soul mates. Suzanne was forever John’s bride and John was Suzanne’s true love.

Suzanne is also survived by her brothers Tom, Robert, George and Jim Johnson.

John is also survived by his brother Jim Lynn and by his sisters Kathy Meierotto, Brenda Erickson and Sharon Erickson.

Inseparable even in death, we will be holding services for both John and Suzanne Lynn. A viewing will be held Wednesday, January 12, 2022, from 4:00 PM until the 6:00 PM Rosary at Rost Funeral Home, McMurtrey Chapel.  The funeral mass will be held at 10:00 AM on Thursday, January 13, 2022 at Our Lady of Good Counsel Catholic Church, and burial with military honors will follow at the Mountain View Cemetery in Mountain Home. There will also be a luncheon reception following the burial at the Our Lady of Good Counsel Hall.

To send flowers to the family or plant a tree in memory of John Lynn, please visit Tribute Store
Wednesday
12
January