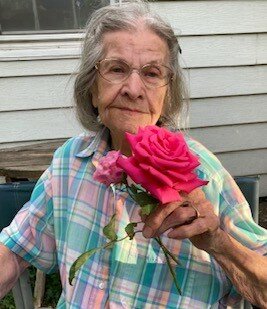 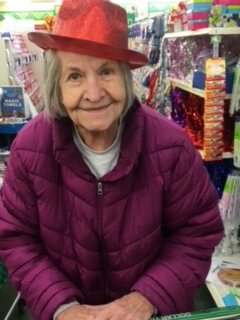 Longtime Mountain Home resident Patsy Irene (Forbes) Huddleston passed away peacefully on August 24, 2021 from natural causes at a Boise, ID care facility. A memorial service honoring her will be held at Rost Funeral Home, McMurtrey Chapel on September 27, 2021, at 10:00AM and a graveside inurnment will follow at Mountain View Cemetery.

Patsy was born in Ralls, Texas on September 27, 1933 to Neva Faye and Roy Russell Forbes, the fourth of seven children. While she was still in high school, Patsy went to work as a relief operator at General Telephone. After graduating high school, Patsy went to work full time as an operator, first in Ralls then later in Lubbock, TX. It was there in 1954 that she met Wilfred “Hut” Huddleston, an airman from Kentucky, and they started their family in 1955 with twin daughters. A new duty assignment in 1957 first brough them to Mountain Home. They later welcomed a new addition to their family in 1960, a son.

In 1967 Wilfred was assigned to Germany where Patsy resumed her telephonic career as a switchboard operator at a hotel.  She also took this opportunity to travel around Europe. Patsy would eventually travel to 39 states, three provinces, and six foreign countries.

Her family returned to Mountain Home in 1970 where they settled permanently. Patsy was a cook at the Desert Inn before moving on to becoming a Communication Specialist with the Air Force in 1975. Her only grandchild was born in 1980. She retired in 1995, spending her time caring for her husband until his death in 2009.

In later years she enjoyed hanging out at Paul’s Market, visiting folks in her neighborhood, having lunch and participating in other activities at the Senior Center, and community events especially the Summer Concerts in the Park.

Along with her remarkable Texan drawl, Patsy will be remembered for her artistic creativity in embroidery, drawings and music. She was also known for her down home cooking, a benevolent sense of humor, and her big heart. Her love of country was undeniable as a military wife, 20 years of civil service with the Air Force, and a 55 year member of the American Legion Auxiliary.

Patsy was preceded in death by her parents, five siblings, her husband and her daughter, Ronda. She is survived by her brother Ocie Forbes, her daughter Vonda, her son Wilfred Jr., and her granddaughter Neva.

To send flowers to the family or plant a tree in memory of Patsy Huddleston, please visit Tribute Store
Monday
27
September

Share Your Memory of
Patsy
Upload Your Memory View All Memories
Be the first to upload a memory!
Share A Memory
Send Flowers