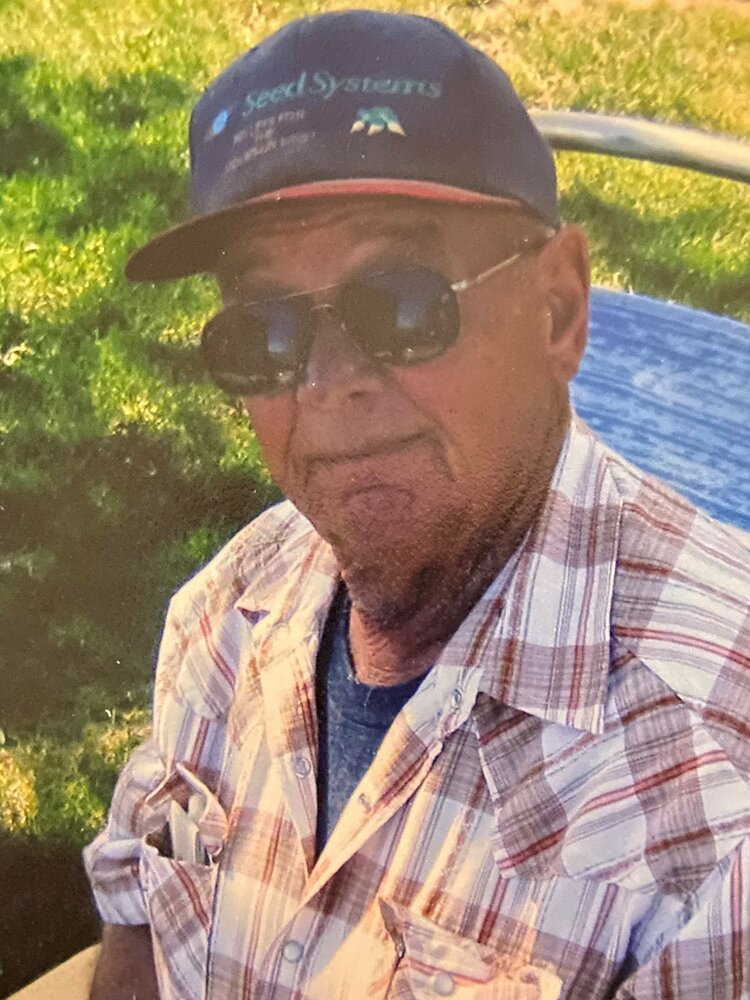 Cecil J. Meyers, 80, of Grand View, passed away peacefully at a care facility in Mountain Home on Thursday, August 26, 2021.  A viewing will be held on September 10, 2021 at Rost Funeral Home in Mountain Home from 6-8 pm.  Funeral services will be held at Rimrock Jr. Sr. High School Gymnasium at 11:00 am on September 11, 2021 with graveside services to follow at Riverside Cemetery in Grand View. Arrangements were under the care of Rost funeral Home, McMurtrey Chapel.

Cecil was born May 18, 1941 to Alex and Alma Brooks Meyers in Lingle, Wyoming.  He had 2 older brothers.  Robert and Raymond Meyers.

In Lingle, the family had a dairy farm and also raised sugar beets, barley, corn and alfalfa.

Cecil graduated from Lingle High School.  His junior year he was voted class Treasurer.  He later went to college where he studied Agriculture.  Mom said he was there long enough to go through the front door and out the back.

In 1959, the family moved to Grand View. Cecil, his brother Ray and his parents, Alex and Alma started farming and ranching in Grand View which would last for years.  You could always drive through town and see their pickups at the local café every morning where they would have their coffee with their friends.

While in Grand View, Cecil met Ila Litke.  They drove to Elko, NV on January 9, 1963 where they eloped.  They had a love that lasted a lifetime, 58 years to be exact. They had 4 children: Marty, Gina, David and Tom.

Anyone who knew Cecil, knew that he was a jokester.  He would play a trick on his grand kids and they would get even with him by putting dirty socks in his pillow case.  He wouldn’t find them until the next morning.

He was preceded in death by his parents, Alex and Alma Meyers, his in laws Martin and Charlotte Evans Litke, his brother-in-law Jerry Litke, nieces Cheryll Meyers and Julie Meyers Lindquist and granddaughter Heather.

Memorial contributions can be made in Cecil's name to the Grand View Fire and Ambulance services.

Thank you to all the people that came to the house when we needed help with his insulin shots, the home health care nurses and care givers.  Without everyone’s help we wouldn’t have been able to keep him home with mom for as long as we did.  We truly appreciate the tight knit community of Grand View.

To send flowers to the family or plant a tree in memory of Cecil Meyers, please visit Tribute Store
Saturday
11
September

Share Your Memory of
Cecil
Upload Your Memory View All Memories
Be the first to upload a memory!
Share A Memory
Send Flowers