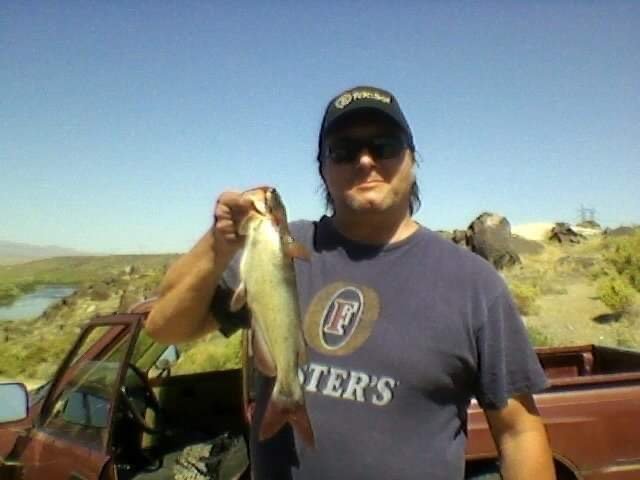 Kent Douglas (Kayden) Brooks passed away on Monday, July 5, 2021 suddenly at his home in Mountain Home, Idaho at the age of 56.  No services are scheduled.  Cremation is under the care of Rost Funeral Home, McMurtrey Chapel.

Kent was born in Fremont, Ohio on September 19, 1964, to his parents Lamoin “Lou” and Kenneth Kayden.  Kent was the oldest of 3.  Kent and his sister Kendra were adopted by their stepfather Joe Brooks in the late 70’s.  That was when they got their younger sister Sandra.

Kent was a machinist most of his life and took print in his work.

Kent loved to be outside.  Kent and his youngest son Quent would take many trips to the Oregon Coast to ride dirt bikes on the beach and camp.  It was his happy place.  Kent enjoyed fishing, the beach, the dirt bikes, motorcycles, and heavy metal music.

He is survived by his daughter Kallopea Brooks of Nebraska, son Joseph Gayette of California, his son Quent Kayden of Idaho, his 3 grandchildren Brodey, Bryar and Jax; his sister Kendra Farris, half-brother Kory Kaydne,; his nieces Kalista and Katie Farris and nephews Christopher and Alex Martinez and Bryce Kayden; his uncle Denny and aunt Sandy Kayden of Ohio and cousins on the east coast.

Kent was preceded in death by his mother Lou Brooks in 2006, his young sister Sandra Martinez in 1995, and his biological father Ken Kayden in 2020.

Rest in peace my brother.  We love you.

To send flowers to the family or plant a tree in memory of Kent Brooks, please visit Tribute Store

Share Your Memory of
Kent
Upload Your Memory View All Memories
Be the first to upload a memory!
Share A Memory
Send Flowers