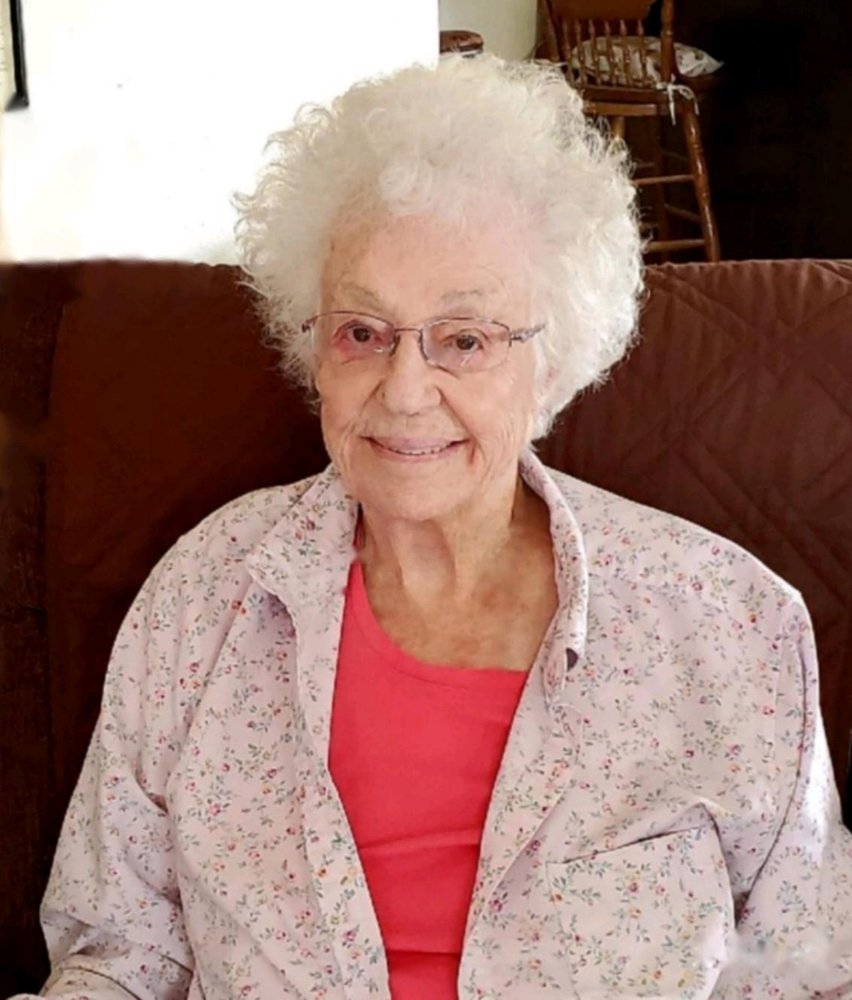 Esther Thornburg, age 97, of Mountain Home, passed away peacefully on May 28, 2021 following a long battle with Alzheimer’s at home with her daughter Tisha by her side. A Funeral Service will be held at Rost Funeral Home on June 14, 2021 at 1:00 pm followed by burial at Mountain View Cemetery with military honors.

Esther was born the 7th of nine children to David and Grace D. (Pogue) Brown in Spokane, Washington in 1924. She grew up in Omak and Clarkston, Washington, and graduated from Clarkston High School in 1942. She then went on to graduate from the State College of Washington on Feb 10, 1947 with a Bachelor of Science in Home Economics. She attended Northwest Institute of Medical Technology and received a diploma in the Theory and Practice of Clinical Laboratory on Sept 22, 1949.

On January 31st, 1958, Esther enlisted in the United States Navy Reserves and served four years. She was Honorably Discharged at the rank of HM2: Hospital Corpsman First Class (E-6). During this time, she met Norman Eugene Thornburg. After a short time dating, they were married on October 11th, 1958 by her father David Brown. They were married 57 years + until the sad passing of her beloved husband on June 6, 2016.

Esther loved gardening. She grew and canned a lot of the vegetables for family dinners. She also loved planting flowers. She was a wonderful baker, seamstress and homemaker. Esther made most of the clothes Tisha wore in Elementary school. She had a great love for animals but mainly cats.

Esther was always willing to help anyone who asked.  She had several jobs over the years. She was a phlebotomist for several years prior to meeting Norm. Being a military family, Esther moved often until finally settling in Mountain Home, Idaho in 1968. Esther worked in the lunchroom at Mountain Home Junior High while her daughter attended school there. She worked at the JC Penny catalog store for a short time and was a volunteer at the Mountain Home Visitors Center. Esther was an active member of several churches in the area and was a founding member of Grace Lutheran Church at the time of her passing.

The family would like to thank Sherry Potter, for taking such great care of my mother when we could not be there. You are now an honorary member of the family. We would also like to thank Encompass Home Health and Hospice for their hospice work with Esther.  You all made a big difference.

We love you MOM and will miss your smile, baking, laughter, wisdom and sarcasm.

To send flowers to the family or plant a tree in memory of Esther Thornburg, please visit Tribute Store
Monday
14
June

Share Your Memory of
Esther
Upload Your Memory View All Memories
Be the first to upload a memory!
Share A Memory
Send Flowers