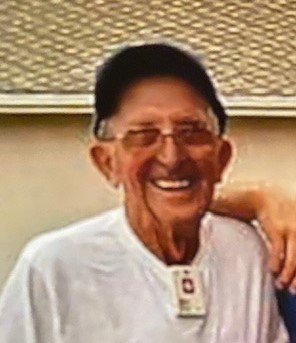 Donald L. Secrist, age 82, of Mountain Home, passed away peacefully on May 30, 2021 at his home surrounded by family and friends. A viewing will start at 10 a.m. followed by the Funeral Service at 11a.m. at Rost Funeral Home on June 8, 2021. Burial will take place at Mountain Home Cemetery following the service. Arrangements are under the care of Rost Funeral Home, McMurtrey Chapel.

On October 23, 1955 while living in Arco, Idaho, Donald decided to join the Navy.  He served on several ships until he retired as Chief Petty Officer on May 30th 1975. In 1978, he returned to Idaho were he and his wife Earnestine ran the KOA campground and mobile home park for 34 years. He was a very loving husband, father and grandfather. Don was a mason and Shriner. He loved to donate to everything. Donald enjoyed joking around and picking on everyone. He was a much loved man by all who will be dearly missed.

Donald was preceded in death by both of his parents, his 1st wife Lucille and his 2nd wife Earnestine.

To send flowers to the family or plant a tree in memory of Donald Secrist, please visit Tribute Store
Tuesday
8
June

Share Your Memory of
Donald
Upload Your Memory View All Memories
Be the first to upload a memory!
Share A Memory
Send Flowers