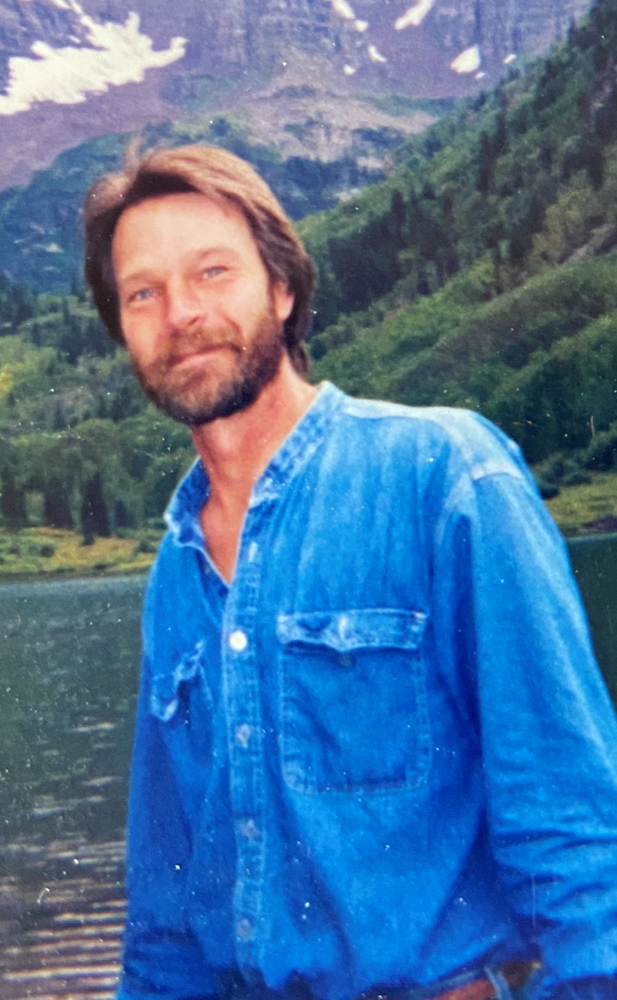 Steven was born to Max and Joyce Collett of Grand View, Idaho on April 9, 1952. He passed away peacefully at Ashley Manor in Mountain Home, Idaho on Wednesday, May 19, 2021 with his family at his side.

Steven attended school in Grand View where he played basketball, baseball, and football for the Devil’s until he broke his leg during one of the games. As a member of 4H, his Black Angus Steer was the Grand Champion at the Owyhee County Fair and the State Fair. He was part of the first graduating class of the Rimrock Raiders in 1970.

Steven attended Boise State College for a year. He took flying lessons to become a pilot like his father, but his real passion was to travel the world. His father Max always said the scariest time of his life was leaving Steven on the main highway so he could hitch hike to California, onto India, and many other places abroad. After traveling abroad, he returned to McCall where his parents had a house on the lake, working around town helping to remodel houses and other odd jobs. Steven’s passion for travel inspired him to build a camper on the back of his International Truck to travel up and down the Oregon Coast with his dog “Old Man” playing guitar and singing for extra money. In the late 70’s, he traveled around Mexico and Guatemala. In February of 1976 while Steven was living in Guatemala a 7.5 Earthquake hit causing extensive damage and fatalities. With no means of communication Max and Joyce were worried and hopped on the next flight to find their son. As they were searching, they miraculously found each other on the streets of Guatemala.

Steven met Connie Rea in the summer of 1981, in McCall, Idaho. They married on the Snake River in Grand View in May of 1982. Along with her 7 year old daughter Melainah, they had two more daughters together, Laura Grace and Rachel. While living in Grand View with his family, he helped his father run Flying Diamond Farm. Steven also had a love of carpentry, so he and Connie began building a beautiful log house on the Snake River, which was later featured in the Ladies Home Journal Magazine. It was at that time when he started his business- Juniper Mountain Log Homes. Steven then moved back to McCall to begin working on his next project, a custom log house on the McCall Golf Course which was the Woodmizer National Grand Champion. The demand for his craftsmanship grew as he continued to build beautiful custom log homes around Idaho, in Telluride and Aspen, Colorado. Steven partnered with Stein and Collett Woodworks in the 1990’s. They made guitar tops, piano tops, custom doors and just about anything you could create out of wood.

In 2000, Steven met his future wife, Maggie, at a Winter Carnival event. She likes to

reminisce that it was Steven’s wink that stole her heart. To them it was love at first sight! After a 3 year courtship, they married in 2003 along the shores of Payette Lake at the family cabin in McCall. In 2004, with a hunger to get back to his roots, they moved back to the family farm in Grand View to work alongside his father. After Max’s passing in 2007, they took over the farm operations. Together they enjoyed remodeling the log home he had built years before, creating a beautiful garden and life together. Through the good and hard times, they never departed from their loyalty towards one another.

Steven had many passions in life but his greatest passion was his family. He will be greatly missed by his beloved wife Maggie, daughters Melainah Smith (Mitchell), Laura Grace Collett, Rachel Collett (Jason), 8 grandchildren, 6 great grandchildren, his sister Diane Collett Matthews, nieces, nephews, and several cousins.

Steven had a wonderful charisma and kindness to him, so gentle and loving to everyone he met. There was a sparkle and warmth in his beautiful steel blue eyes. He would greet his family and friends with a handshake and a hug and never met a stranger. He was good at everything he put his mind to, accomplished so much and enjoyed many wonderful things during his lifetime. These memories will be cherished forever.

Steven’s service will be held at the Knight Community Church in Grand View, Idaho on Wednesday, May 26 at 11:00am, a viewing will be held from 10:00am-10:45am. The burial service will be at Riverside Cemetery, a luncheon will follow at the Rimrock Senior Center, 525 Main Street. Arrangements are under the care of Rost Funeral home, McMurtrey Chapel.

To send flowers to the family or plant a tree in memory of Steven Collett, please visit Tribute Store