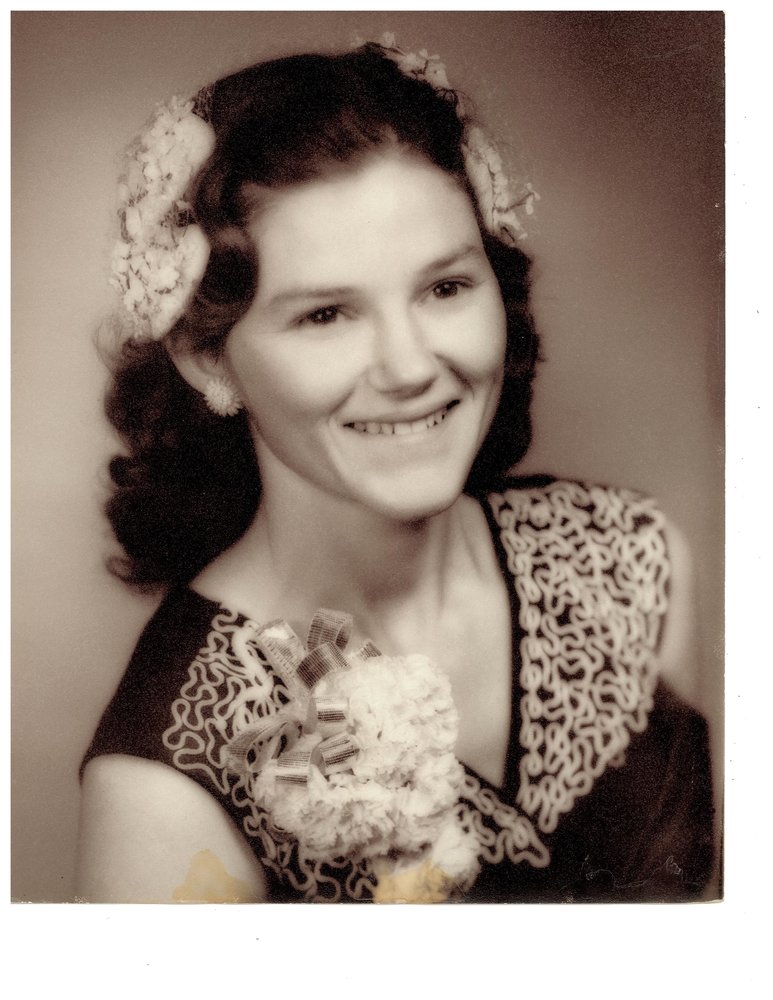 Obituary of Jean A. McGhee

Jean Aline McGhee, 86, of Grand View, Idaho passed away March 22, 2021, in her home in Grand View. Graveside services were held at 1:00PM on Friday, March 26, 2021, at Mountain View Cemetery in Mountain Home, under the direction of Rost Funeral Home, McMurtrey Chapel.

In Chickasaw near Oklahoma City, Oklahoma, on the 13th of March 1935, Jean was born to Gladys Kingsborough. She never knew her father, Eugene Fanning. He and her mother attended the same Indian School. Jean didn’t know her grandparents. Gladys’ mother, Lillie May Farris, died when Gladys was 3 and she was sent to live with the Indians.

When Jean was 2, Gladys married Ellis Spence. She learned to pick cotton by 4 and soon she could out pick her family. Her step dad spanked her if she didn’t pick enough cotton. She was only allowed to attend school between jobs or when it rained. Gladys sent Jean to Ellis’ brother and sisters places in other towns to play with their children and enjoy a family life. They were glad to have her. Their Grandma asked her to stay with her for the summer. A highlight for Jean is when she went to Parochial School and learned about Jesus.

The family moved to the fruit workers camps in La Mount, California. This is where she met Buck McGhee, her future husband. On the 8th of August 1956, Buck married Jean. They lived in La Mount until they had saved enough money to buy a house in Bakersfield. When Buck contracted encephalitis, they made a lasting friendship with Dr. Lewis Sandage, a specialist from Los Angeles just starting a practice in Bakersfield. Buck’s work went on strike. He was offered to run a bar in Lake Isabella. They bought property and built a little cabin in stages as they had cash. The first hospital in Lake Isabella was opening. Jean found work making beds, caring for patients, and finally as the desk “nurse.” She also sold milk from her cow and eggs from her chickens to her co-workers. They fished and hunted. Buck trained dogs. Jean had her own dog. Later she worked in the pharmacy downtown.

After hearing about the great hunting and fishing in Idaho, they moved to Grand View in 1986 They ran the Monaghan Trailer Park and then bought their own place from Ruth and Vernon Hanson. Jean planted a garden and raised flowers. They raised a few cows on their pasture and enjoyed hunting and fishing. Jean had ‘Southern Hospitality.’ She greeted her guests warmly, offered them a chair, and something to drink and eat. She carried on lively conversation and had some funny stories to tell. She remembered people’s names, their lives, and interests. Even down to her last days on earth, Jean was greeting those who loved her.

To send flowers to the family or plant a tree in memory of Jean McGhee, please visit Tribute Store
Friday
26
March

Share Your Memory of
Jean
Upload Your Memory View All Memories
Be the first to upload a memory!
Share A Memory
Send Flowers