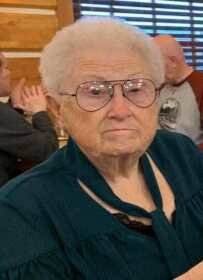 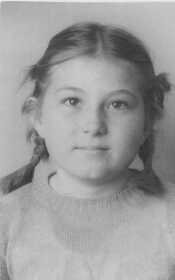 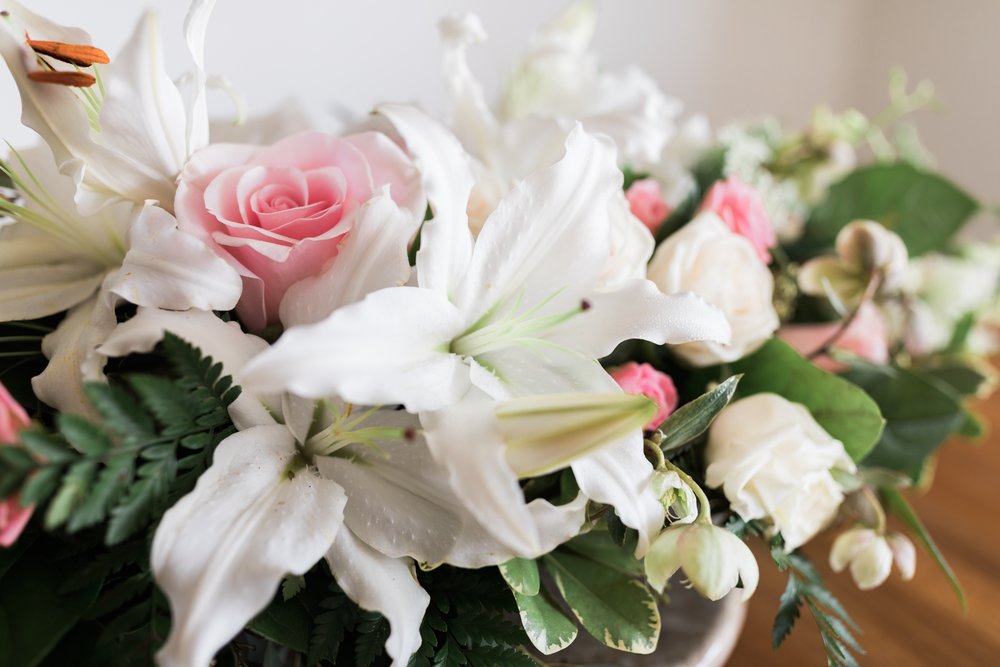 Bessie Lou (Bess) Bailey McCluer peacefully left her family and many friends on her angel wings early Thursday morning, January 14th, 2021 at the age of 82. She was at home with family, after a six month battle with cancer as a courageous warrior.

Bess was born to Broadus and Quintella Bailey in San Antonio, Texas, on April 10th, 1938, the youngest of 6 siblings. She grew up in Texas attending school and graduated from Providence High School in 1956. She later traveled the world but always considered herself a proud Texan.

As a military family in the United States Air Force, their journey included assignments to Texas (4), California, Germany, and Idaho (2), where they settled in Mountain Home after their last assignment in 1977 and later retired, making their home for life while raising a family. One of their many adventures and travels took them to Germany in the mid-’60s where they traveled Europe in an old Ford Falcon with three young children tucked into the back seat for adventures of a lifetime that made many memories that she reminisced, treasured, and shared with her grandchildren and friends. Her history and past were often shared with those she loved as life lessons to be taken as guidance or simply for thought. Her non-judgmental and unconditional acceptance of every choice of those she loved was her gift to each of them, but to say that her opinions were strong and readily shared were her truth and is what gave her the grace and character that so many valued and loved about her. She was a strong warrior that left her a survivor in many battles in her life, having many tough decisions, loss, and challenges to face, but she never gave up and always moved forward to endure and wrap up those in her arms those that needed that extra push on their journey, remaining steadfast and right beside your side. The needs and support of others were always first for her. Bess was known to her grandchildren and most as Granny.

Bess’s solid rock foundation in life was her family. To say that her family was extended is an understatement. She gathered so many more into her tribe her entire life. Her strength in allowing so many into their circle that she considered her family reached many resulting in a blessed lifetime journey of love and friendship that she shared unconditionally.

She also had a strong working career starting in 1956 that included Woolworths (San Antonio, Texas), Mountain Home Air Force Base, Idaho Youth Center, Randolph Air Force Base, Texas Ticket and Tour Director and then Recreation Director, City of Mountain Home Idaho Parks and Recreation Director, Mountain Home New York Life Secretary and Sears Collection Agent from which she retired in 2000. During much of her working career in Idaho, she was also an Advanced EMT for Elmore County. It was after her full-time working career that she and Jim could finally travel and camp which was another of her favorite things to do with their grown family and grandchildren as they grew up in the area and to travel to those living far in distance but always close to her heart. She and Jim were also Boy Scout Leaders and spent many days camping in the hills with their troops. They also were able to travel to support and attend the activities of the many clubs and organizations that she was a proud member of to include Beta Sigma Phi, Mountain Home Elks Lodge 2276 (Elkettes), American Legion Post 26 (Auxiliary), Mountain Home Veterans of Foreign War 5423 (wife). Of these many groups and organizations, she participated in, she had the privilege of holding many officer positions to continue its success and growth. One of her proudest moments outside of her husband’s, children’s, and grandchildren’s achievements was being named the Lady Elk of the Year in 2006 by her peers at the Idaho State Elks Organization Conference. Bess never needed validation in all that she supported, but it was a great honor to be recognized.

Bess was a proud military veteran’s wife, mother, grandmother, great-grandmother, and great-great-grandmother that had her leading her “tribe” five generations strong. The marriage of her daughter and grandchildren had her gathering them all up and calling them “hers”. She always proudly boasted of her daughter, 5 grandchildren, 20 greats, and 3 great-greats. What a legacy she left behind to mourn her loss, but she left them a legacy of love, support, and life’s lessons she showered them with. She will forever be a part of their hearts and souls.

Bess is survived by her husband Jim McCluer, daughter Brenda (Larry) Fincher, Grandchildren Leann (Larry) Oletski, Michael (Samantha) Bender, extended family, Brandon (Lisa) Fincher, Melanie (Reid) Moon, Brian Fincher, all of their children and grandchildren, brother Bill Bailey and many nieces and nephews and their extended families that are too many to list. Granny claimed them all no matter how and when she gathered them to her and loved them all. We would be remiss if we did not include her beloved cat KiKi that was her snuggle buddy.

She was preceded in death by her parents, four sisters; Margaret, Emma Jean, Joann, Pauline, and three children leaving her too soon; Grace Suzette, Leonard Charles, and Everett Wayne McCluer.

So this is just a small piece of Bess’ story, but she is now resting peacefully with her babies as they unite. She will always be “keeping an eye on” each one of those she left behind. She will remain a guiding light, our biggest fan, reminding us all to be our best possible self and how so very proud she is of us all.

Donations may be made in her memory to American Legion Unit 26 Auxiliary c/o Bess McCluer Scholarship Fund, PO Box 512 Mountain Home ID 83647, for next year’s graduating class. Scholarships were just one of her many passions to further the education of local youth.

Arrangements were handled by Rost Funeral Home with a private family gathering on Sunday, January 17th followed by cremation. She will be interred later this summer when conditions allow more of her family and friends to have the opportunity to gather and celebrate her life and legacy.

Rest in Peace Beautiful Mama/Granny, and know that you will forever be so very missed and loved.

To send flowers to the family or plant a tree in memory of Bessie McCluer, please visit Tribute Store

Share Your Memory of
Bessie
Upload Your Memory View All Memories
Be the first to upload a memory!
Share A Memory
Send Flowers