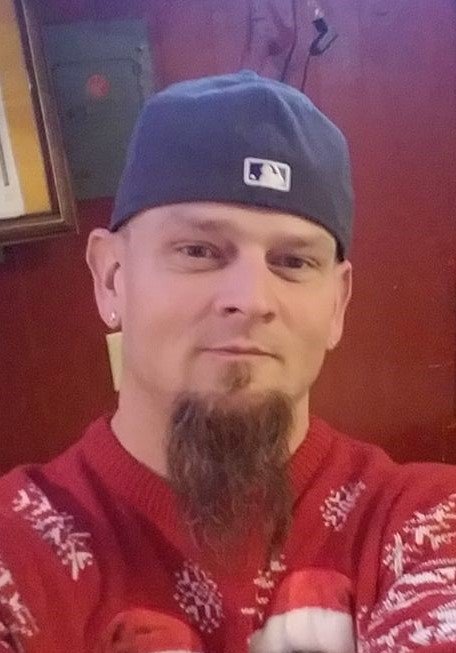 Anthony (Tony) Lin Jacobsen came into our lives on December 21, 1979. He spent his first 6 years growing up in Grandview.

Later, the family moved to Mtn. Home where he attended school until the family moved to Glenns Ferry, where he became a G.F. Pilot for life. During his time in Glenns Ferry, he made many friends. He loved all sports. He played football, basketball, track and baseball. His Mother Rita was his biggest fan and closest friend. While he was there, he met and married his first wife Anissa Butler and together they had two beautiful children Taylor and Tanner who he loved dearly.

He loved working and was employed by Apollo Construction in Washington where they lived until they divorced, and Tony moved back to Idaho. Shortly after, Tony went to work for Y-Knot Winery and Golf Course. He said he loved working there because of his love of the outdoors. While that was true, we all knew he wanted to practice his swing as much as possible so he could finally beat his Dad. It did not take long for Tony to master his plan. He loved golfing and was always up for a round of it with his Dad and brothers Marcus and Terry. Entering the Bob Mullen and Chamber golfing tournaments became a Jacobsen tradition for Dad and the three sons.

Tony loved the outdoors and sitting around the campfire telling stories. He was just starting to enjoy hunting with his Dad and brother Terry. He also loved talking BMW stuff with his brother Marcus as they both own them and were always talking about more power. He loved his music. Always had a huge sound system in his cars, you could hear the bass for miles and knew that Tony was coming.

Tony met his second partner in life in Glenns Ferry and together they had another beautiful daughter, Addison. She was gifted with the same infectious smile and loves and idolizes her daddy.

At the time of his passing, he was working for Central Paving Inc in Boise and was advancing quickly. He was admired for his work ethic, the ability to lead and work with others. He was a man that would not ask someone to do a job that he would not do himself and was well liked by his co-workers. He took great pride in a job well done.

Tony was loved by all his family and friends. While his unforgettable smile was his trademark, he was probably best known for listening to problems, helping where possible, and teaching many life lessons to us all. His laugh let you know everything was ok.

Tony was proceeded in death by his grandparents Kay and Billie Jacobsen of Hammett Idaho and Jack and Marie Dickey from Homedale Idaho. He is survived by his parents Charles (Chick) and Rita Jacobsen, his brothers Marcus and Terry, his partner, Amber and his children Taylor, Tanner and Addison.

Tony made his journey to Heaven on January 5th, 2021. He will be greatly missed, but never forgotten. He is in every heart he touched.

A Funeral service was held on Monday, January 11, 2021 at Rost Funeral Home in Mountain Home followed by burial at Glenn Rest Cemetery in Glenns Ferry.

To send flowers to the family or plant a tree in memory of Anthony Jacobsen, please visit Tribute Store

Share Your Memory of
Anthony
Upload Your Memory View All Memories
Be the first to upload a memory!
Share A Memory
Send Flowers