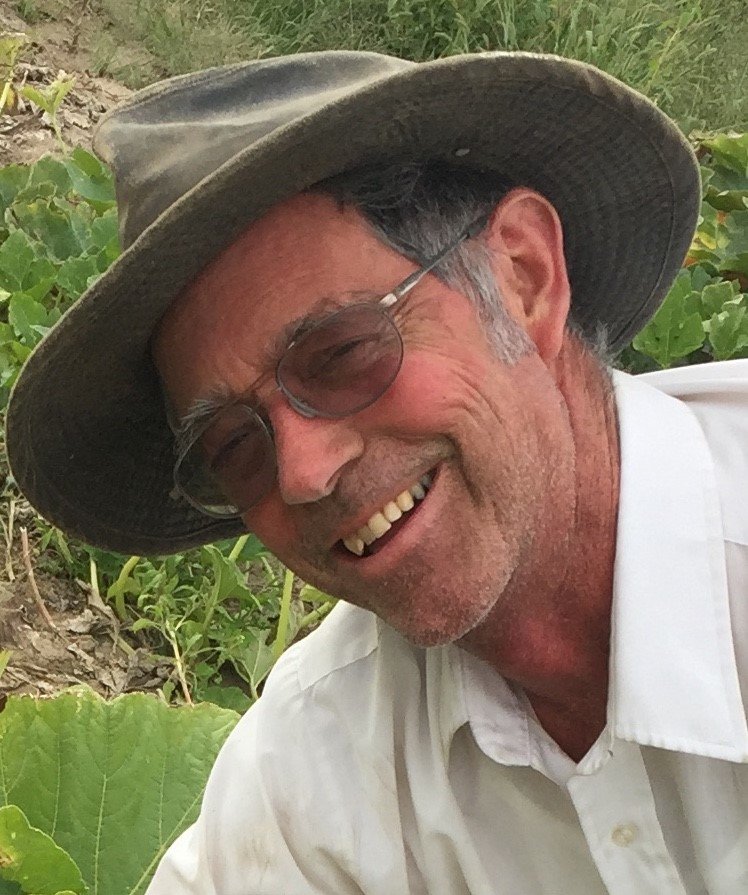 Quey Lavar Johns was born December 20, 1951 to Barbara and Kenneth Johns in Mountain Home, Idaho. He passed away November 26, 2020 at his farm with his family by his side. Quey spent his early years out on the family ranch getting into trouble and working hard. At a very young age he got ahold of some pruning shears and went to town on the hydraulic lines on a tractor, needless to say his dad was not impressed. This sort of trouble making was something Quey would often talk about getting into, pestering his brothers and sisters, beating up kids at school and generally causing mischief.  He never lost that streak and was always known to have a good laugh whenever he could surprise or play a practical joke on someone. Quey worked a lot of the time with his older brother, Paul, and Grandpa Jack, riding in the hills, checking, moving cattle, and generally being a cowboy. He enjoyed that way of life and was treated as a ‘man’ from an early age, expected to work just as hard alongside the other men. Quey enjoyed that but resented then going to school and church and being treated like a child. Maybe that’s where some of his rebellion against the ‘norm’ came from, as he always wanted to be different; and he was. At age fourteen the family moved off the ranch and focused more on farming and custom hay stacking. Some of the times he enjoyed most in life were stacking hay at sunset. Quey with his father and brothers started the three C’s hay stacking company, in which Quey worked during high school until he left for college. Quey loved stacking hay for the challenges it gave him and the ability to work alone far from the solicitudes of society. Quey would often reminisce over the weeks he spent alone never seeing another human while stacking hay and making money. He learned to work, and work hard. His hard work let him finish a Bachelor’s degree from Brigham Young University in Chemistry and complete a full time mission for the Church of Jesus Christ of Latter Day Saints in Buffalo, New York.  Quey worked on the Hill Cumorah Pageant in New York while on his mission helping run equipment with set up and take down. He often attributed his ability to enjoy the mission was because he was allowed to do manual labor. He often spoke of his time on his mission and was grateful to have served. After returning from his mission of two years, Quey returned to college to pursue a degree in chemistry. At age twenty-five he married Merleen Vanskike from New Plymouth Idaho, and soon after moved to the ‘river’, the farm, which would become his full time work and life. He often said he didn’t plan on farming, as he was sure he would be broke within a year. Quey did not go broke, but became a success with what his two hands were able to accomplish. Quey worked hard to grow whatever would make money on the farm, between potatoes and asparagus Quey grew whatever he could to turn a profit. Quey also dabbled in agritourism with “Quey’s Maze”, the corn maze and pumpkin patch and most recently, you-pick sunflowers. Quey always enjoyed growing new things and testing his abilities as a farmer Quey and Merleen had seven children, with six still on the ground. Quey said of his kids: “What a mangy bunch of bastards, all full of spit and vinegar with talents galore! It makes me happy just to think about them.” While his family was one of his greatest points of sorrow, his kids were definitely his greatest joy.

Quey became widely known in the community by his involvement in the Church, Farm Bureau, farmers markets and other organizations, and his sales of produce. Everyone knows Quey’s asparagus or sweet corn and he was sure to tell everyone that the worms only ate the best ears of corn. He really enjoyed visiting all the stores and BS’ing with anyone and everyone while he sold his produce.  After his divorce in 2010, Quey raised his youngest child, Quenson, on the farm. They became best buds, always going and doing things together. One of Quey’s proudest moments was helping Quenson achieve his Eagle Scout Award and then Quenson completing a two year mission for the LDS Church in Guatemala. Quey was always so proud of what Quenson accomplished in his service as a missionary and also in life. Quey was incredibly proud of being able to help Quenson achieve those goals, as he was proud of all of his children and their accomplishments. He was always more than willing to help out any of his children. Quey spent the last several years of his life teaching and working alongside his daughter, Bethany, on the farm so that she could carry on running the farm.  He enjoyed catching crawdads and going for evening walks when his health allowed. Throughout all of his life he would always visit people. Especially those elderly who were a little less active in the community, Quey would make a point to go see, to reach out and check in on these people. As his health declined he was concerned that he could not go and see these people as much as he liked. He had a huge heart and truly cared for others such that he wanted to serve. Service was a large part of Quey’s life. Rarely, if ever, did someone ask Quey for help and not receive it and more. Quey enjoyed service and taught his children the importance of serving others. Quey had a firm testimony of Jesus Christ as his Lord and Savior. Quey was an active member of the Church of Jesus Christ and Latter Day Saints his entire life, but Quey preferred not to be known as a ‘Mormon’, but just as Quey so that others could accept him without prejudice. That said, he was never afraid to stand up and bare his testimony to anyone, anywhere. He found faith, hope and healing through Christ, a healing that could only come from the Savior.  He shared the message of hope that no matter how bad you screw up in this life, Christ can put it all together and make you whole again.

To send flowers to the family or plant a tree in memory of Quey Johns, please visit Tribute Store

Share Your Memory of
Quey
Upload Your Memory View All Memories
Be the first to upload a memory!
Share A Memory
Send Flowers