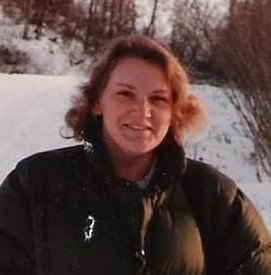 Lizetta Ann Parker passed away unexpectedly on Saturday, November 7, 2020, at a Boise hospital. Services will be held on Friday, November 13, 2020 with a Visitation  at 10:00 a.m. and funeral services at 11:00 at The Church of Jesus Christ of Latter-Day Saints located at 1150 N 8th East, in Mountain Home. MASKS ARE REQUIRED.  Immediately following will be dedication of Lizetta’s grave at Mountain View Cemetery, along with full military honors. Arrangements are under the care of Rost Funeral Home, McMurtrey Chapel.

Lizetta married Mark Steven Parker on July 22, 1972 in Santa Barbara, California (sealed together in the Seattle Temple on July 17, 1984).  When Mark enlisted in the us Air Force (February 1974), they began a life of adventures and growth along the way.  Lizetta, Mark and their three children lived in Travis AFB, California; Hickam AFB, Hawaii; Castle AFB, California; Elmendorf AFB, Alaska; Langley AFB, Virginia; and, Davis Monthan AFB, Arizona.  With more than 30 years of service to the USAF as a Civil Servant, Lizetta retired.  She and Mark decided to ‘sell everything’ and left their home of 21 years for Mountain Home, Idaho where they made their final stop.  Together they spent the remainder of their retired years traveling, fishing, exploring, and loving life with one another.

A loving, caring, war-hearted woman, Lizetta was dedicated to her family and service to many, never putting herself before others.  She was preceded in death by her husband Mark, son Jason, father Glen, and mother Betty.

Janene and Jennifer take solace in knowing their “momma” is reunited with their father and brother in heaven.  They would like to thank all those who have been so gracious, kind and loving during this difficult time.

To send flowers to the family or plant a tree in memory of Lizetta Parker, please visit Tribute Store

Share Your Memory of
Lizetta
Upload Your Memory View All Memories
Be the first to upload a memory!
Share A Memory
Send Flowers