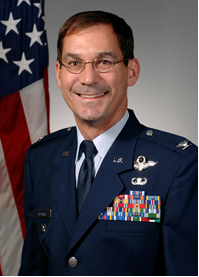 Robert C. Schwarze Jr, Colonel (USAF, Ret.) passed away at the age of 58 at his home in Mountain Home, Idaho on November 3rd, 2020. Funeral services will be held in Mountain Home at Rost Funeral Home, McMurtrey Chapel Thursday, November 12, 2020 at 11am and will be interred at Arlington National Cemetery in Virginia at a later date.

Bob was born on May 1st, 1962 in Jersey City, NJ to his parents Robert and Lucille Schwarze.

After graduation from Princeton, Bob was commissioned as a Second Lieutenant in the US Air Force and assigned as an F-4 Weapons Systems Operator and flew combat missions in the F-4 Wild Weasel and earned two Distinguished Flying Crosses for heroism.  Bob retired from the Air Force in February 2011 after 27 years.

To send flowers to the family or plant a tree in memory of Robert Schwarze, please visit Tribute Store