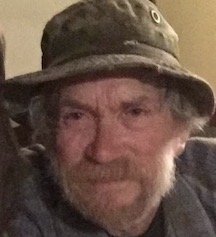 Stephen H. Parke passed away on October 8, 2020 at his home in King Hill surrounded by his family.  Steve was born on April 8, 1948 to John C. and Juanita Senften Parke in Wendell, Idaho. He had many happy memories of growing up on the family farm in King Hill and graduating from Glenns Ferry High School in 1966.

Continuing in the Parke family tradition of horse racing, he started his career as a jockey at Les Bois Racetrack in Boise.  He then rode on many of the major racetracks on the east coast before returning home to King Hill to the farm where he spent the rest of his life.

A generous man of many talents beyond working with horses. He was a genius with machinery, and could fix or build anything. Steve was a wonderful loving father with a great sense of humor. He also always had a tall story to tell and wrote many of them down for his family and friends to enjoy.

Steve was married to Lynne Lusk and had two children, Stephanie and Andy.  He was later married to Sherry Carter and Eric was born to that marriage.

A gathering of friends and family will be held at the Elmore County Fairgrounds in Glenns Ferry on Saturday, October 24 at 2:00 PM.

To send flowers to the family or plant a tree in memory of Stephan Parke, please visit Tribute Store

Share Your Memory of
Stephan
Upload Your Memory View All Memories
Be the first to upload a memory!
Share A Memory
Send Flowers