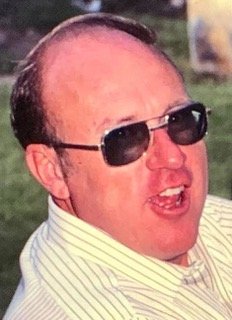 Herbert Joseph Hawley, 84, of Mountain Home, peacefully passed away on Sunday, October 4, 2020, at the Idaho VA Hospital in Boise.  Cremation is under the direction of Rost Funeral Home, McMurtrey Chapel.  A gathering of family and friends will occur at a later date.

Herb was the youngest of five children born to Lloyd and Viola Fay Hawley in Wallace, ID on February 29, 1936.  He graduated from Wallace High School in 1954.  He liked to tell the story of how he was the “high scorer for both teams” during a high school basketball game.  The final score was 14-2 and he scored the other team’s only points when, during a rebound, he inadvertently tipped the ball into the wrong basket.  After high school, Herb enlisted in the U.S. Air Force, during which time he was stationed at Mountain Home AFB, and after his discharge, the opportunity arose to operate a Texaco gas station in Ketchum.  While in the Wood River Valley, he met Rowena DeBoard, a waitress at the local cafe and after a courtship, they were married in 1961 and moved to Mountain Home and opened their new Texaco station in the booming military town, which they owned and operated for nearly 54 years.  He proudly was “The Man Who Wore The Texaco Star.”

Herb devoted his life to giving his family anything they could ever want.  He was an avid outdoorsman and when not at work, you’d find him hunting, fishing, boating or camping with his family, along with many others who believed they were “Hawley Kids” too, and they were treated as such.  The Hawley house was the place to be!

Being from Northern Idaho, Herb had an affection for Vandal sports, but he was also a huge Boise State fan as well as a supporter of everything Mountain Home.  Through tears in 2015, after over a half-century in business, Herb and Rowena sold their beloved station and retired.

A special thank you to Gary Bermensolo, for all your friendship and support over many, many years.  Herb loved you like a son.

Herb was a funny, kind-hearted Christian man with a larger than life personality and we will all miss his presence every single day.  Mountain Home is now a much less-colorful place.

“We will grieve not, rather find strength in what remains behind”

To send flowers to the family or plant a tree in memory of Herbert Hawley, please visit Tribute Store

Share Your Memory of
Herbert
Upload Your Memory View All Memories
Be the first to upload a memory!
Share A Memory
Send Flowers