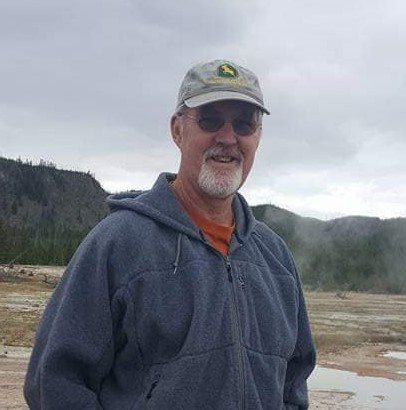 It has been a very challenging 17 months waiting for a time to hold the service Dave planned while allowing attendance for all who wish to honor him.  The funeral service will be held on Friday, September 17th at 11:00 am at All Saints Episcopal Church 704 S. Latah, Boise, Idaho.   Dave prioritized safety in his work and play so we will honor that commitment by requiring masks for all regardless of vaccination status.  Masks will be available at the church.

Born on November 8, 1951 in Cascade, Idaho to Norman and Delores Matlock, David attended Boise schools.  He participated in several sports, setting track records and excelling on the basketball court.  He graduated from Borah High School in 1970, with a scholarship to play basketball for Boise Junior College.

David had 3 children: Erin, Nathan and Ann by his former wife Paige Patterson.  He loved coaching his children in their youth sports and many years of outdoor and jet boating adventures with them.  He enjoyed visiting them during their college years, and later traveling to explore various areas they lived.

In 1979, David completed the Electrical Lineman Program at Boise State University and was hired by Idaho Power.  He thoroughly enjoyed his 35-year career as a lineman and line crew foreman until his retirement in March 2014.  The Idaho Power family were a strong source of love and support throughout his career and have remained so.  While his line crews describe him as a serious stickler for safety and following the specs, they also say he was an encouraging mentor who loved a good prank and continued to “throw the hooks on” whenever possible.

On a serendipitous blind date in early 2007, David met his future wife, Patty Rowett.  They were married in May 2008 and shared a wonderful and loving relationship full of fun activities and laughter.

David was an avid fly fisherman, meticulous fly tyer, jet boat enthusiast and outdoorsman.  Though time on his jet boat and in his float tube casting “the perfect fly” in his favorite river were affected by his subsequent cancer treatments, David retained his infectious sense of humor and positive spirit.  His kindness and generosity will be greatly missed by all who knew him.

Due to the pandemic, David’s Funeral Requiem Eucharist, complete with a “big party” will be held in Boise when we can gather again.

To send flowers to the family or plant a tree in memory of David Matlock, please visit Tribute Store
Friday
17
September