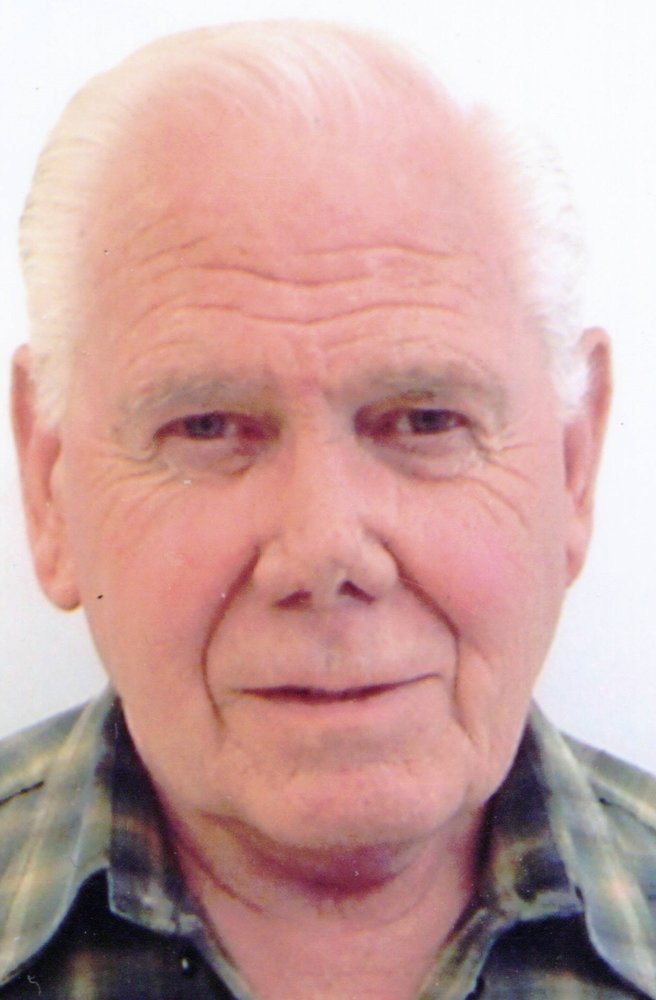 Harold Eugene (Gene) Rook passed away on Monday, March 16th, 2020 in Boise, ID at the Idaho State Veterans Home where he has been residing this past year.

Gene was born on May 18th, 1924 in Salt Lake City, Utah to Percy and Catherine Rook.  He attended his early years of school there and enjoyed spending time at the Brighton Hotel in Brighton, Utah with his grandfather.  After his parents divorced, he went to live with his father in Long Beach, California in 1936.  There he attended Lee Elementary School and Hamilton Jr. High School.  He made the decision to drop out of school and enlist in the Navy.  He was sworn in on September 27th, 1941 and just a few months later he was on his way to Hawaii to take part in the salvaging efforts after the Japanese bombing of Pearl Harbor.  He was involved in the raising and cleanup of the USS California.  After leaving dry dock, the ship was brought back to Puget Sound Naval Base where it was re-commissioned to set sail again, Gene was assigned to the vessel until October 1943.  Also serving aboard the USS Macon and traveling the South Pacific, he discharged as a Boatman’s Mate 2nd class in 1947.  Gene loved Harley Davidson motorcycles.  He purchased his motorcycle in Pennsylvania and rode across the United States to Long Beach, CA.  This was a story he shared often as it was one of many happy times in his life.  Our father was the original biker with the Marlon Brando look he often sported.  He also loved the desert and the cowboy way of life.  Among all the ranches he worked for, he had the opportunity to be a ranch hand on Bing Crosby’s Ranch in Elko, Nevada.  He even used his Harley motorcycle to herd cows.  In 1949, Gene decided to re-enlist in the Navy and was assigned to the USS Colahan.  Gene, along with the ship, left the port in San Francisco in 1951 for service in the Korean War with the 7th Fleet conducting shore bombardment and fire support to aid forces ashore.  In 1953, Gene discharged a second time only to enlist in the Air Force and was stationed at Mountain Home Airforce Base in Idaho.  Gene loved to fly and had been taking flying lessons during his navy years and soon got his pilots license and bought his own Cessna airplane.  Later years would allow him to become a flight instructor and bush pilot for the backwoods Alaskan folk.  He married the love of his life, Ronna Smith, in 1956 and had six wonderful children.  They enjoyed the military life that eventually took them to Irun, Spain in 1960.  Gene was in charge of the medical clinics in Irun and the AC&W site in the Pyrenees mountains.  In 1963, they transferred to Salina, Kansas where Gene retired from the Air Force.  Alaska was calling their name when they decided to move and lived in Ketchikan and Anchorage.  In the late 60’s, Gene worked for the department of corrections and was assigned a team of inmates to clear and reopen the historic Chilkoot Trail located in the Coast Mountains from Dyea, Alaska to British Columbia, Canada.  In the early 70’s, Gene changed direction and got back into medicine.  He designed, organized and put in place the paramedic system for the Greater Anchorage Borough.  Through many more moves and adventures, Gene’s final move was to Boise to be with his children.  He loved the outdoors, riding horses, motorcycles, fishing, traveling cross country with his wife, watching westerns, and being surrounded by his children and grandchildren.  He loved visiting with his friends and family when they visited.  He was a proud member of the Elks Lodge, Toastmasters Club and President and founder of the Aero Club.  He was also a faithful member of the LDS church.  Our father lived an adventurous life and was a jack of all trades.  We will miss him dearly.

Graveside services will be held on Friday, March 27th at noon at the Mountain View Cemetery in Mountain Home, Idaho.

To plant a tree in memory of Harold Rook, please visit Tribute Store

Share Your Memory of
Harold
Upload Your Memory View All Memories
Be the first to upload a memory!
Share A Memory
Plant a Tree