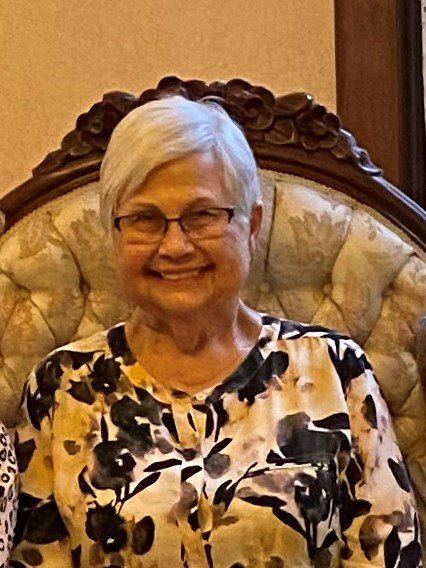 Page was born June 29, 1937 to Anna Mae Bowden and Robert Wallace Harvey in Ogallala, Nebraska. She has one younger brother, Robert L. Harvey. For most of Page’s childhood her father was ill with TB. She regularly received letters from him while he was at Swedish National Hospital in Denver, which she typed and shared with her family. Page loved school and was encouraged by her mother, who was the county Superintendent of Schools, to pursue a college education. She loved the small library in her town, reading anything she could get her hands on – developing a lifelong habit.  She also regularly played piano for her Baptist church.

At 18, Page headed to Sioux Falls College in South Dakota. It was her first time away from home, and she flourished academically and socially. She attended there for 18 months, then transferred to Nebraska State Teachers College at Chadron. There she learned to play the organ, was initiated into an honorary education sorority, earning her BS in Education.

After receiving her degree, she was recruited to teach grade school music in Mountain Home. She headed West, starting this new adventure far from Nebraska. When she began having eye problems she visited the new eye doctor in town, Robert Homer Borgholthaus, who would eventually become her husband.

Page and Robert had three children David Robert, Daniel Homer, and Lora Page. When her children were young, Page became a member of the LDS church.  The family was later sealed in the Idaho Falls Temple. Page returned to school, earning her MA in Elementary Education.  She wrote her master’s thesis on the Montessori Method, and later opened “Children’s House” Montessori School.  The school continued to flourish until she sold it in 1989.

Page served in many church positions pianist, primary children, Cub Scouts, Sunday School, Relief Society, and Stake Primary President. Page and Robert served as missionaries for the LDS Employment Center in Atlanta, Georgia for 18 months. After Bob’s death, Page served a mission to the Bishop’s Storehouse Food Pantry. She loved serving as Spanish Branch Relief Society President for several years, even learning some Spanish. For 12 years she housed the full-time LDS missionaries, loving and mentoring the young missionaries who lived with her.

Page’s life also touched those she taught, whether in her classes at Children’s House, Grace Montessori, TVAEYC/NAEYC, HeadStart, McKenna Charter High School and McKenna Montessori.  She always had educational games and puzzles at home for her grandkids, great-grandkids, or visiting children.

Page is described by those who knew her as kind, thoughtful, dignified, cheery, smart, a great mentor, and a loyal friend. Survived by her children, David, Daniel, and Lora; her brother, Robert; grandchildren Anna, Reed, Austin, Lauren, Allie, Drew, Bradlee, Ethan, and Quinten; great-grandchildren Audrey, Addison, William and Vi. She is preceded in death by her husband Robert.

A viewing will be held from 4:00pm to 6:00pm on Friday, January 31, 2020, at Rost Funeral Home, McMurtrey Chapel.  On Saturday, February 1, 2020, a viewing will be held from 10:00am to 10:45am, funeral services begin at 11:00am at the Mountain Home Idaho Stake Center, Church of Jesus Christ of Latter-Day Saints, located at 790 S Haskett, in Mtn Home and burial will follow at Mountain View Cemetery.

In lieu of flowers, memorial contributions can be made to The Montessori Foundation @ www.montessori.org

Share Your Memory of
Page
Upload Your Memory View All Memories
Be the first to upload a memory!
Share A Memory
Send Flowers