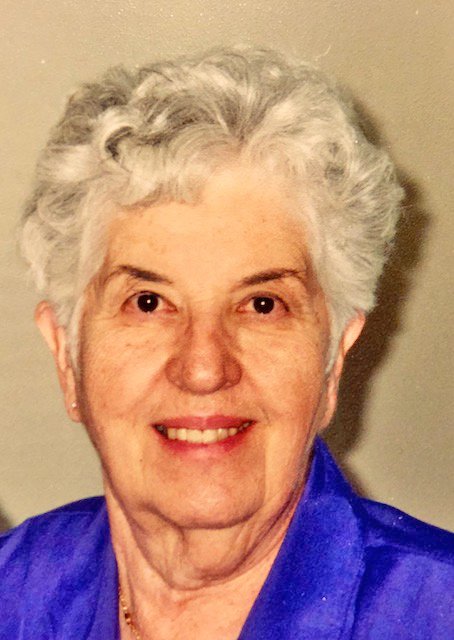 Dorothy Joan Gibbens, Colonel USAF/USA/USAR, (ret), of Meridian, passed away at home on January 18, 2020 at the age of 92, after a short struggle with kidney failure. A Graveside Service will be held at 11:00AM, on Friday, January 24, 2020, at Mountain View Cemetery, in Mtn Home.  Arrangements are under the care of Rost Funeral Home, McMurtrey Chapel.

Joan, as she preferred to be called, was born on September 13, 1927 to Harry and Bessie Davis in Terre Haute, Indiana. After graduating from high school, she studied nursing at St. Anthony Hospital School of Nursing. Upon graduation she accepted a position at the VA Hospital in Terre Haute kicking off her 34-year career in nursing.

Her impressive military career began in Los Angeles while working at the LA County Medical Center.  To get to work Joan had to pass by the Air Force recruiting office. In the window she noticed a “help wanted” sign for medical professionals and, as she said, she went in and they wouldn’t let her out. During her distinguished 27-year career in the military she provided expert medical care to soldiers and their families in California, Texas, Canada, Japan, Washington, & Idaho. She rose to the rank of Colonel in the Army Nurse Corps and paved the way for future female high-ranking officers.

She met Edward “Red” Gibbens, a widower, shortly after her arrival in Goose Bay, Canada.  After a brief courtship they wed in 1966.  She joked that not only did she get a husband, but also 3 full grown boys, Carl, Vincent, and Edward (“Buddy”) Gibbens.

Together Joan and Red worked hard. They built a house, worked their land, served the community and were generous with friends and family.  In retirement, her passion was working in her yard (still mowing her own lawn at age 90), tending her vegetable garden, cooking, watching football (especially Peyton Manning), and keeping a watchful eye on her beloved neighborhood in Meridian.

Joan was direct, succinct, self-sufficient, believed in love, and would cross state lines for a good batch of sweet onions. She will be missed by all.

She is survived by her stepson Carl Gibbens & wife Kathleen, several in-laws, and many grandchildren and great-grandchildren. Joan was predeceased by her husband, brother, and stepsons Vincent and Edward.

In lieu of flowers a donation in Joan’s name to the Mountain Home Animal Shelter, PO Box 10, Mtn Home, ID 83647, is appreciated.

To send flowers to the family or plant a tree in memory of Dorothy Gibbens, please visit Tribute Store

Share Your Memory of
Dorothy
Upload Your Memory View All Memories
Be the first to upload a memory!
Share A Memory
Send Flowers