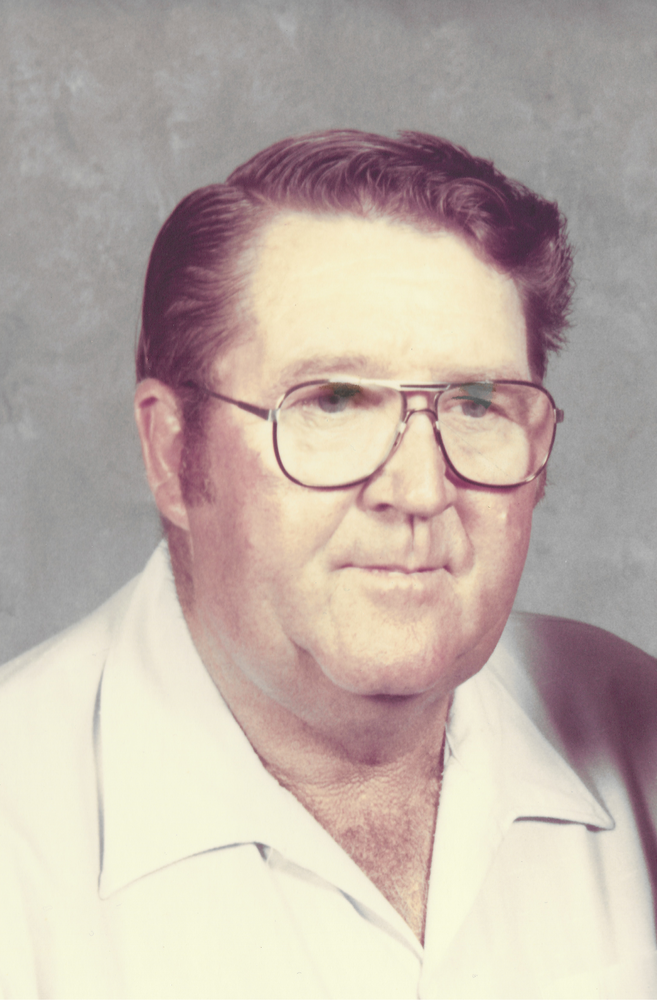 Woody was born September 21, 1930 to Roy Wing and Wilhemina (Minnie) Puschel, the youngest of six children.  He grew up in Coolidge, Arizona, until he was 12 years old when his family moved to an 80-acre farm in Buhl, Idaho.  He married Naomi Mae Meierhoff on October 21, 1950 in Winnemucca, Nevada.  They were blessed with four children – Kay Louise, Sidney Duane, Gail and Michael.

Woody loved basketball and played on many outlaw and church teams.  He had numerous jobs early in his married life – driving combine, managing a service station, driving for Carter Pack and Rangens in Buhl.  His passion was farming, and he started his own custom harvesting business with the latest and greatest combines.  People knew when he was around when they saw the big Woody Woodpecker painted on the sides of his combines.

He bought his first farm in 1963 near Castleford, Idaho.  He expanded the farming operation, leasing 1000 acres near Murphy, Idaho.  In between long farm days were trips to the local café for a Murphy burger, fries, and Pepsi with a few games of pool thrown in.  A couple times a summer, farm work stopped and everyone loaded up in pickups and headed for a refreshing trip to Givens Hot Springs.  He then became involved in the development of a large farming project at Cinder Butte near Mountain Home, Idaho.  He owned and operated many farms with his sons in the Mountain Home area where he retired.

Woody was a member of the Church of Jesus Christ of Latter-day Saints and was in the branch presidency in the Castleford Branch.  He served a term as President of the Castleford Men’s Club.  He and Naomi loved playing pinochle with friends on weekend nights and taught the game to their children.  He did not miss many high school basketball games while living in Castleford.  He loved and enjoyed his many friends, especially his morning “coffee” group in Mountain Home.

Woody is preceded in death by both his parents, 2 brothers, 2 sisters and his daughter Gail.

He is survived by his wife, Naomi, of 69 years, his children, Kay and her husband Greg of Kennewick, WA, Sidney of Mountain Home, ID and Michael and his wife Logan, UT, 8 grandchildren and 18 great-grandchildren.

We are celebrating a life well-lived by an amazing father and Papa.  A dedicated Pepsi drinker his entire life, he left his world with an empty Pepsi can by his side! He will be missed by his family and friends.

To send flowers to the family of Elwood Wing, please visit Tribute Store

Share Your Memory of
Elwood
Upload Your Memory View All Memories
Be the first to upload a memory!
Share A Memory
Send Flowers